A Tuttle man was arrested for domestic violence in the presence of a minor and Burglary II early Sunday morning in Tuttle. After allegedly hitting his wife in the head with a cell phone, 31-year-old Allen E. Wise III was found inside an abandoned residence he is charged with entering unlawfully.

At about 3:30 a.m. on Sunday, July 3, Tuttle police officer Preston Cox responded to an alleged domestic dispute in Tuttle. Sara J. Wallace told Officer Cox said her husband, Allen E. Wise III, had been in an altercation with her.

Wallace told the officer that Wise grabbed her by the neck. Wallace said that she had not been strangled but the officer said in his report that he saw bruising on the right side of Wallace’s neck that appeared to be in the shape of fingers. There were seven underage children at the residence during that time, reportedly.

“Wallace said Wise started banging on all of the windows,” Cox’s report reads. “Wallace said a few minutes later she heard Wise punch out and shatter the east window of her residence. Wallace said after she went to sleep, Wise broke into her house. Wallace said she woke up with Wise standing over her.

Wallace also told the officer that Wise had thrown a cell phone and hit her in the head, causing it to bleed.

Cox seized the phone used in the attack and took pictures of Wallace’s injuries and the broken east window of her residence as evidence. Wallace said after Tuttle EMS’s emergency lights were seen, Wise fled the scene. The officer provided Wallace with a SafeLine card.

“I told Wallace what she needed to do in order to get a restraining order against Wise,” Cox’s report continued. “Wallace said she would be contacting the Grady County District Attorney’s Office Tuesday morning. I searched the area for Wise but was unable to locate him.”

With that, Cox returned to his patrol.

Less than an hour later, Cox was sent back to the residence. A neighbor told Tuttle Police Department dispatch that Wise had been known to hide underneath the residence. Cox did not find him there, but then foot-patrolled the area and saw a cut screen and broken window at 104 S. Cimarron Lot 2, a residence close by.

After requesting support, Cox was joined by Lighthorse Police Department officer Cloud and found the front door of the vacant residence to be unlocked.

“Before entering into the house, Cloud and I located a white male underneath a stove counter top,” read Cox’s report. “The male had a wound to his hand. Cloud and I drew our handguns, and ordered him to lie on the ground.”

Wise was handcuffed, searched, and was sat in the back of an LHPD officer’s patrol unit.

Wise was transported to the Tuttle Police Department where Tuttle EMS looked at his injuries. After reading Wise his Miranda rights, Cox said in his report that he asked Wise how he gained entry into Lot 2 and he responded that the front door was unlocked.

According to the officer, Wise said he did not break the window or tear the screen, and that the door of the residence was already open. Cox said Wise also denied fleeing the scene of the crime, saying that he didn’t know anyone in Tuttle and needed a place to go.

“Wise told me he was trying to make contact with Wallace as he was knocking on the window and that he knocked too hard and broke the window accidently,” Cox’s report reads. “Wise said he did throw a cell phone and accidentally hit her in the head with it. Wise said Wallace scratched, punched, and stabbed him. I saw a scratch on Wise III’s face and on his back.”

Cox took pictures of the injuries, transported Wise to the Grady Memorial Hospital where he received stitches in his hand for his injuries. Since children were involved, Cox also contacted the Department of Human Services to report the incident. 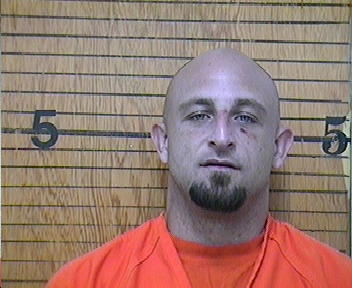