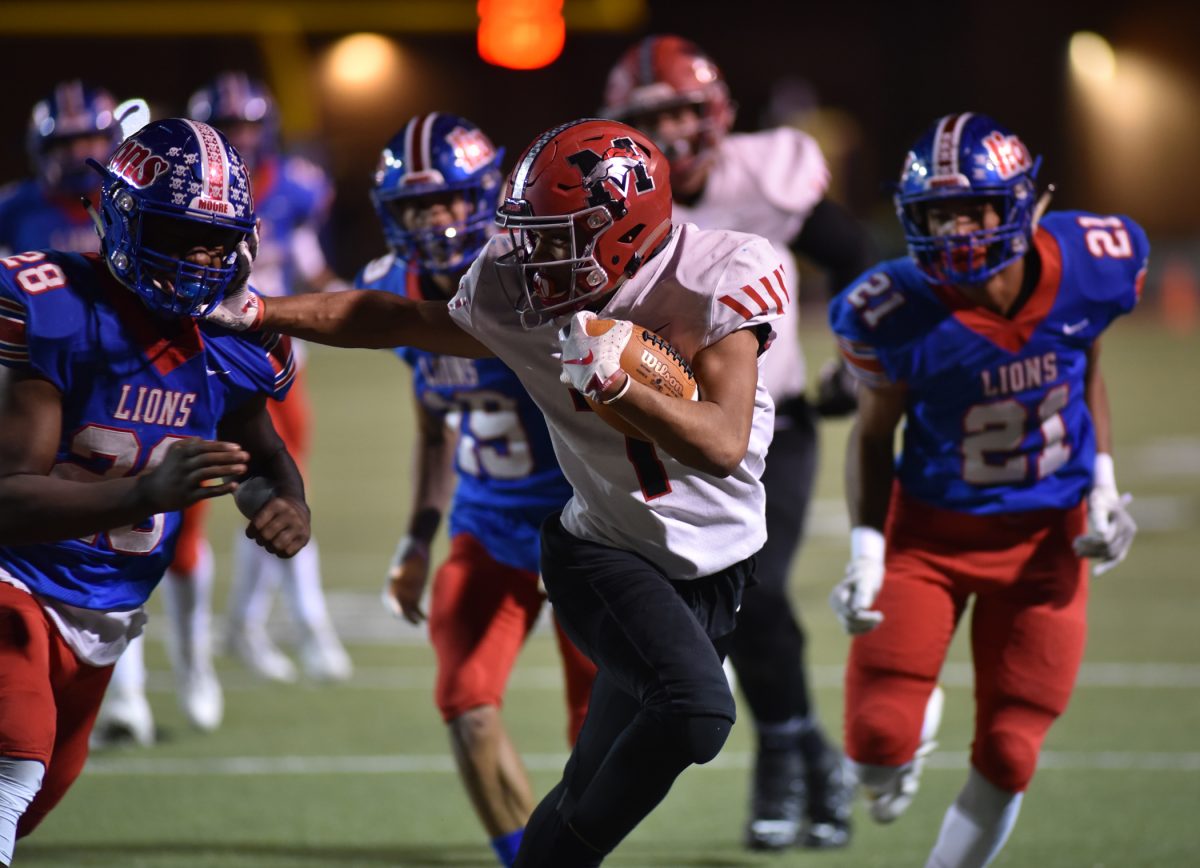 The Mustang Broncos football squad will host the Jenks Trojans in a first round playoff game on Friday night at 7:00 p.m. at Broncos Stadium.

Mustang comes in as the second seed in district 6A I-2, and Jenks comes into the game as the third seed in 6A-I-1. Jenks has been a powerhouse in 6A football in Oklahoma for many years, but slipped just a little this year to a three seed. Mustang is looking to pull off a season sweep of the perennial bad boys of 6A, Jenks and Tulsa Union, who the Broncos beat earlier in the year 23-21 on a last second pass from Hayden Conrad to Chris Doran with under a minute to play. Such a thing would have been heard of not that long ago.

But Jenks is Jenks, and coach Lee Blankenship knows the Broncos will have their hands full with the Trojans.

The coach hasn’t changed his message to the Broncos all year and isn’t likely to change it now. The Broncos will try to control what they can control, and try to play within themselves.

“Disciplined football for us is the key to the game,” said the coach.  “We have to play good football and not hurt ourselves with penalties. We expect a close game and will need to play hard for 4 quarters.”

The Broncos come into the game with a 7-3 record; Union comes in with a mark of 6-4.