A unique collaboration borne of necessity to address spiking county jail populations has transcended its original goal, in the process making a difference not only to those working to keep prisoner counts manageable but also providing opportunities that might make all the difference to someone looking for a second chance, officials say.

“Not only are we seeing a drop in prisoner counts, we believe there is headway in helping people address fees and costs in a way that doesn’t mean extra jail time or penalties for things that are beyond their control after their sentence is assessed,” Sheriff Chris West said. 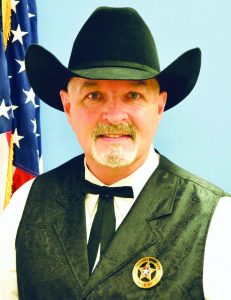 Those benefits began with a choice by West himself, county officials said – to continue housing longer-term Canadian County Jail prisons in outlying facilities under contract with CCSO. While on the surface contract costs could mean outgoing expenses, West and his staff found oftentimes that expense was less than the county could house its own prisoners.

“When you’re looking at things like medical expenses and some other costs it really is something to consider on a case by case basis,” the sheriff said earlier this year.

That was a unique way of looking at the issue, officials said – but one that bore out; a move by Canadian County District Judge Paul Hesse to expand on some of the theories involved in voter’s passage of State Question 780 illustrated more out-of-the-box thinking, District 3 Commissioner Jack Stewart said.

“It was a genius thing to take such a broad look at issues like a prisoner’s ties to the community, employment status and things like that, where before it was simply a matter of the crime they were accused of and a fee schedule we were told was pretty outdated,” the commissioner said.

That historical practice meant county dockets were often clogged with administrative hearings for non-violent offenders and sentences that included weekend sentences and jail time for minor cases and unpaid fees.

Hesse in 2018 began a process that took him through myriad records as he reviewed information in a different way, West said. Combining various crimes together in a single bond allowed more defendants to post bond; it also changed longtime county practices that resulted in individuals facing even the most minor of alleged crimes serving months of jail time.

“It’s about public safety and flight risks – is an arrestee a threat to the community or a flight risk – if not, he will consider releasing them on a personal recognizance bond,” the sheriff said. “That revamped the system so individuals accused of nonviolent crimes could at least have the chance of remaining out of jail while their case moves through the court.”

Working together, Hesse, West and Court Clerk Marie Hirst determined the best procedure for their respective departments, then lent support to each other in making the new system a reality, they said. The key, Hirst said, was communication – both on the part of county officials and those charged with paying costs and fees.

“If they have lost their job or are having problems paying a certain amount, we can lower the amount at any time or we can give them an additional time period to get another job without the pressure of this payment hanging over their head,” the court clerk said.

Over time, the system has begun to impact jail numbers – perhaps overall by as much as a third, West said, while giving those who may have made a mistake a chance to rectify it without further embarrassment or penalty, officials said.

“I think the positive impact is probably a lot bigger than even we know because they have helped people keep their jobs and keep their families and homes together,” Stewart said.

For Hirst, it was a simple choice to make, she said.

“We want to help them, not make it harder – they deserve the opportunity to take care of these obligations and pay their court cost and fines but not lose their dignity,” the court clerk said. “Everyone deserves a second chance and we are trying to give them that.”