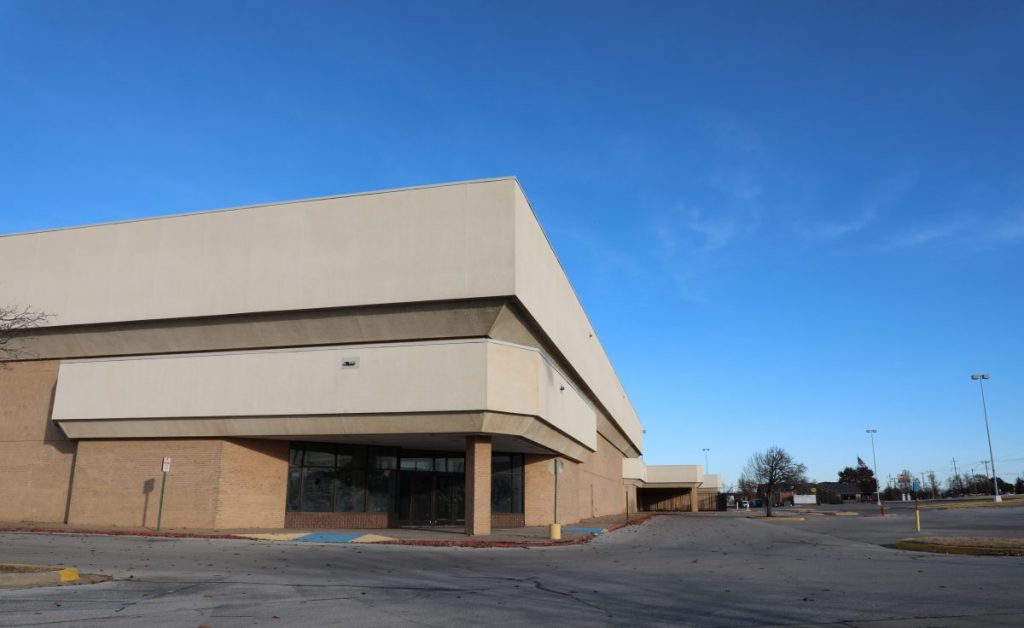 Midwest City may soon own a piece of the Heritage Park Mall.

The Midwest City Economic Development Authority on Tuesday, Nov. 26  voted to buy the former Sears building, 6909 E. Reno Ave., from Transform Saleco, LLC for $1.65 million.
City officials said they do not have any immediate plans for the vacant property but believe it is a key piece of the Air Depot Blvd. business district.

“We are very concerned with that intersection,” said Robert Coleman, economic development director for Midwest City. “It’s one of the most important in the town not only because of what it was but because what it is. And we didn’t want to leave that intersection and that building to chance.”

Coleman said city officials will try to formulate the best and most intense use for the property. That could include redeveloping or demolishing the building.
The Heritage Park Mall served as an economic driver for the city until it closed more than a decade ago. Sears remained open until October 2017. The mall’s closing led to decline in business in the area.

The mall has sat vacant since its closing. LifeChurch purchased the west portion of the building and remodeled it. Sears, and later Transform Saleco owned the Sears building.

Ahmad Bahreini owns the main portion of the mall and the former Dillard’s. City officials have pushed Bahreini to develop a plan for the building and keep it in compliance. The property has been cited for multiple building and fire code violations over the past few years. Bahreini is challenging some of the violations in district court.
City officials declined to comment on the property owned by Bahreini due to pending litigation.

Under the agreement, the city will have until Dec. 10 to inspect the property. A closing date is set for Dec. 12.

Coleman said the city has been targeting the property since Sears closed two years ago. They have been in serious negotiations since August.

“They accepted our counter offer and then decided they wanted to do something different. They eventually came back in September and we’ve been going back and forth until now,” Coleman said.

The two-story, 142,772-square-foot Sears store opened in 1978. The property had a market value of $1.8 million according to the County Assessor’s office.

“This property is an important part of the long-term viability of Air Depot between SE 15th and Reno and we wanted to take an aggressive move to protect that business district,” said Tim Lyon, city manager. “That’s the first step.”

The Economic Development Authority is a public trust aimed at economic and community development in Midwest City. The city council members served as trustees. The Trustees approved the contract during Tuesday night’s meeting following an executive session meeting.