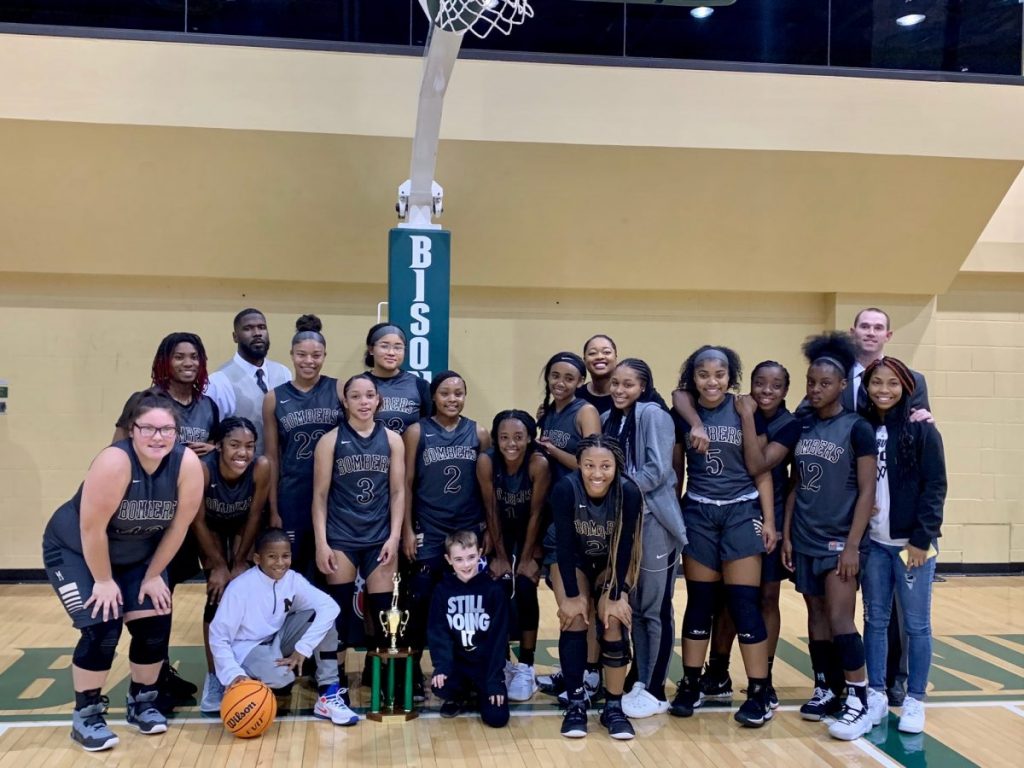 The Midwest City girls basketball team wrapped up the first week of the season by winning the OBU Bison Invitational last Saturday in Shawnee.
The Lady Bombers knocked off Class 2A’s No. 1 Dale in the championship game 44-41.

Taliyah Anderson was named the tournament MVP after scoring 44 points in the tournament including 10 in the finals. Kennedi Grant and Bryanna Williams were picked to the all-tournament team. Grant scored 17 against Dale and Williams added 5 points.

Coach Corky McMullen was impressed with his team’s performance all weekend.

“Dale is a very good basketball team that is very coached. They are very disciplined, and do what they do well. I was proud of how our girls kept their heads and endured hardship tonight,” said McMullen on Saturday. “We have a lot to improve on. We will learn a lot from this game.”

Midwest City advanced to the tournament finals with wins over Dale JV 71-27 and Bethany 56-42.