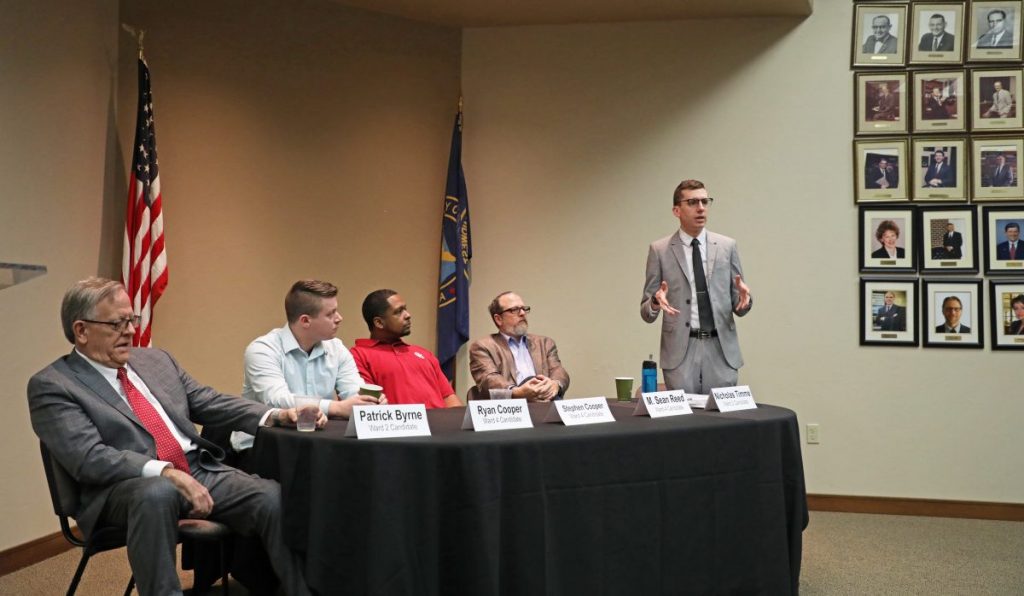 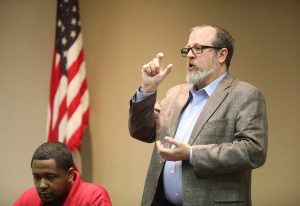 Chamber President Shane Willard served as the moderator. Each candidate provided a brief introduction and answered questions about the role of the city council, public safety, economic development, education, and other issues.

After the introductions, candidates were asked what they believe is the greatest challenge facing the community and how to fix it.

Biggest challenges facing Midwest City
Byrne said the biggest challenge is making sure city services are properly funded without placing further burden on taxpayers and local school districts. He believes the city can find additional sources of revenue that do not increase taxes.

“We’ve got to maintain the budget we’ve got now without asking our citizens for any more than we already have,” Byrne said. 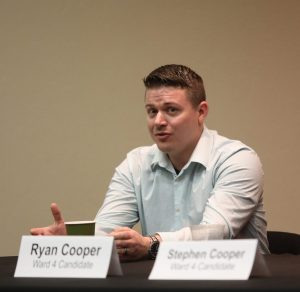 Incentives for business development
The candidates were next asked for their views about the city using incentives to attract industrial and retail development.

Ryan and Stephen Cooper said the city needs to use the incentives in moderation.

“We need to make sure we’re getting a balance so we’re not giving so much to the businesses that it will take forever to recoup that incentive,” Ryan Cooper said.

Byrne said economic development projects, such as Town Center, are crucial for Midwest City’s future and difficult to land. He said they are competing with others in the metro every day to try and attract new development.

“There are things going on right now and we are trying our hardest to incentivize people to come here,” Byrne said.

Reed believes the city has been smart about using incentives and tax increment financing or TIF district.

“Those are how you draw in the Warren (Theatres) and how you spark a SE 29th Street project and now we have someone (Tomcat Aviation) at Chromalloy,” he said. “Those are the kind of smart incentives to get the right people.”

Timme agreed that the city needs to use incentives in moderation and suggested more creativity. 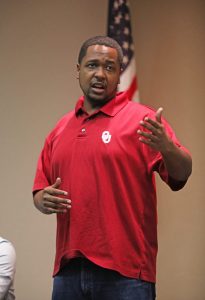 Nearly all the candidates zeroed in on the former Heritage Park Mall and Air Depot Boulevard. Reed said the city bought the old Sears building for potential redevelopment and is keeping pressure on the owner of the main part of the mall to bring it into compliance.

Byrne said he would like to see Air Depot redeveloped with more small businesses, boutiques and restaurants. He said the city is also hoping to receive a grant to fund studies for SE 15th Street and the area around AllianceHealth Midwest.

Ryan Cooper provided a different take, suggesting the city build parks on some vacant property around town, including near Air Depot Blvd. and NE 10th St.

Traffic safety
The candidates then gave their opinions about improving traffic safety in residential areas. Willard pointed out that the question was written in advance of the tragedy in Moore that killed two students and injured four others.

Timme said the city needs to use creative approaches towards slowing traffic in residential areas. He serves on the city’s traffic and safety commission and highlighted a recent traffic calming project which the city used temporary traffic circles. 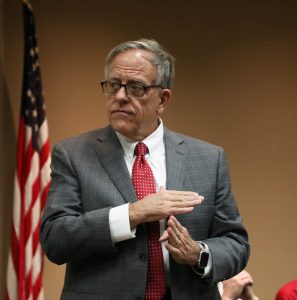 “The traffic circles are just hay bales so they look a little janky but it’s an experiment to see what they can do to control traffic,” he said. “And emergency services can run over them if they need to.”
Byrne and Stephen Cooper said the biggest things are education and enforcement. He said they need to educate drivers, especially high school students, about traffic safety and use law enforcement to slow traffic in problem areas.

Reed agreed with the need for education and enforcement, while also suggesting community involvement. He said citizens should take an active approach in reporting problems.

Ryan Cooper said he would like to see the city incorporate technology such as cameras at traffic signals and radar to detect speeders.

“That would not take away boots on the ground with police officers or impact their response times,” he said.

Education
The focus later shifted towards education. Candidates were asked what they would do to continue education excellence in Midwest City.

Most candidates said the city should continue to develop relationships with the public schools and Rose State College. Timme, Ryan Cooper and Stephen Cooper said they would like to see city leaders become more present in the schools as guest speakers or visiting students. Byrne believes municipalities and schools are working together more than in years past.
Reed also touted his experience as on the city council, serving on boards and committees, as well as professionally as a tax preparer. 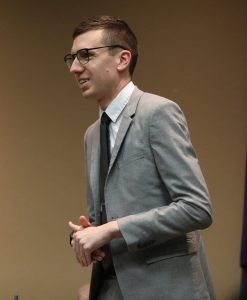 “What I’ve done in life has prepared me to take into account the wants and needs of Midwest City residents,” he said.

Timme said although he lacks the experience of other candidates, he has the drive to make Midwest City a better place to live.

“We all want to make Midwest City a better place to live and I think I can come to the table with more creative and fresh ideas,” he said.

The primary election will be Feb. 11. In Ward 4, a general election is set for April 7, if necessary.