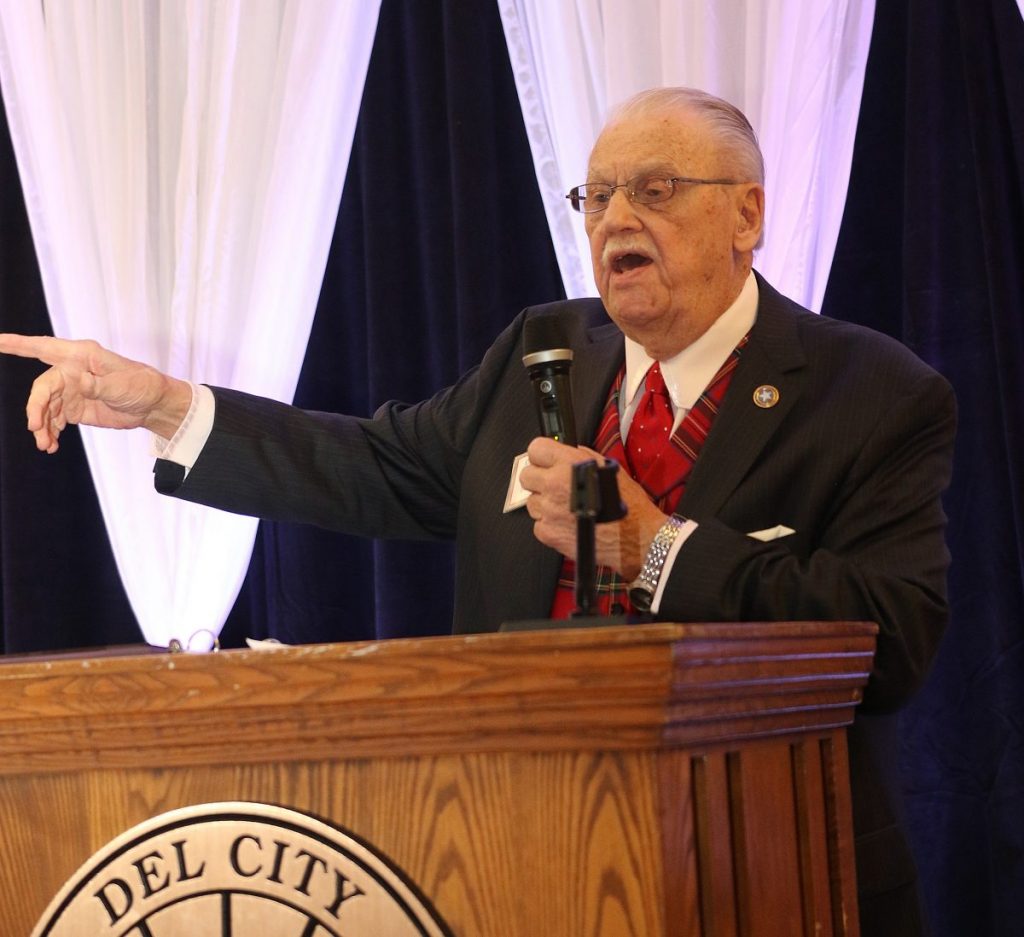 Ken Bartlett passed away Tuesday morning at age 90. He was a longtime public servant and advocate for Del City and the Mid-Del area. (File photo)

He served Del City and the Mid-Del area for years as an elected official, former Rose State College regent, and member of several civic organizations. 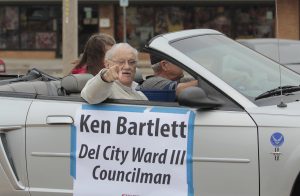 Bartlett recently celebrated his 90th birthday with family and friends at Napoleon’s Deli in Midwest City.

Del City Mayor Floyd Eason said Bartlett was a pillar of the community and will be missed.

“Ken was always a statesman and looked out for the best interest of the community and we’re all better for having him in our lives,” Eason said.

“I measured the distance from Coffeyville to Lawrence and the distance from Coffeyville to Norman and there was only a 10 mile difference,” Bartlett said during the Del City Hall of Fame ceremony in 2016. “There was less than 10 miles difference and I felt like I wanted to go to a winning program and a winning school so that’s what took me to OU.”

Bartlett moved to Del City in 1957. He held positions with various companies and was employed with the Oklahoma Corporation Commission. He retired from the state in February 2015.

Last year, Bartlett retired from the Del City Council after representing Ward 3 residents for 14 years.  He had served as Vice-Mayor, and Chairman of the Del City Economic Authority and the 911 OCOG Board of Directors.

He served on the Board of Regents for Rose State College from October, 2001 through

June 2010.  During this time he also served on the National Board of Regents and Trustees for all Community Colleges in the United States.

In 2016, he was inducted into the Del City Hall of Fame. Brian Maughan, Oklahoma County Commissioner, commended Bartlett during the ceremony.

“There cannot be a more perfect person for Del City to enshrine,” Maughan said. “…If a person has ever, ever earned their stripes, it is Ken Bartlett. He has done everything for everyone I know.  He embodies every single thing you hope a public servant or any chamber executive or any civic volunteer or any political activist would have.”

Bartlett was proud of his relationship with the military and served as an “Honorary Commander” of the 552 Air Control Wing for several years. He and his late wife, JoAnn, were among the initial supporters of the AWACS plane display adjacent to Tinker Air Force Base on Sooner Road.

He was an active member of the First Southern Baptist Church since 1960.