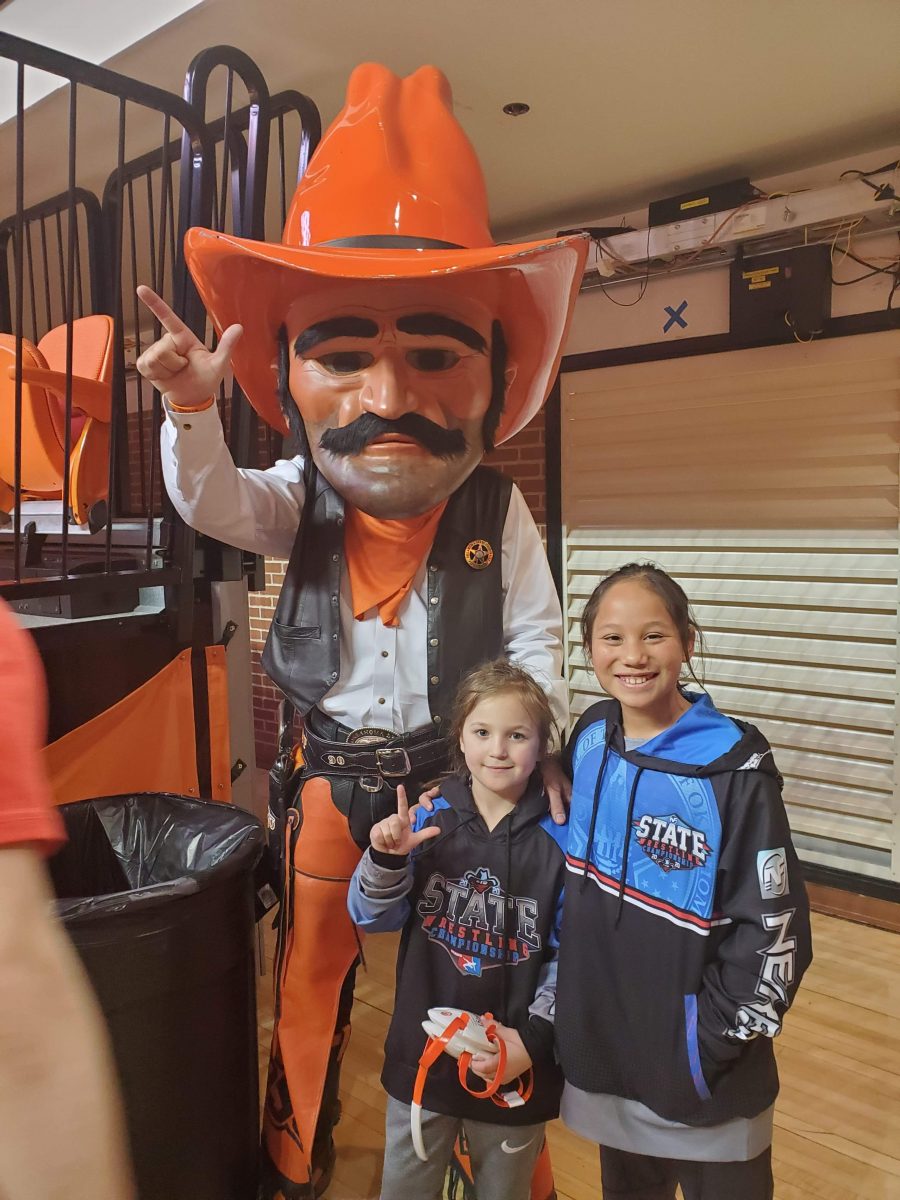 Tuttle Wrestling has become synonymous with resiliency, determination, and domination within the 4A ranks, and far beyond.

Tuttle Wrestling fans cheered the program on to its 12th straight state title Saturday at the OKC Fairgrounds, further extending its record-setting legacy.

Tuttle Head Wrestling Coach Matt Surber said Monday that he wants girls’ wrestling to soon add to that legacy. Next season will mark the first in which girl grapplers will be able to compete against other girls.

“We’re going to make a push to really start and excel at girls wrestling,” Surber said. “We have five or six in our youth program, we have a freshman, and we have a girl in the seventh grade. It’s the fastest-growing high school sport in the nation. It’s not growing astronomically, but the reason why it’s the fastest growing sport is because it went from next-to-nothing to several thousands of girls across the United States wrestling. It’s been sanctioned in some other states, and we’ll sanction it here in Oklahoma next year.”

There were high school girls wrestling this year at the state tournament, unsanctioned, which means it’s not supported fully by the OSSAA, but next year it will be. So far, any girl who wrestled in Oklahoma was thrown in to compete with boys, leaving them at a distinct disadvantage.

Testosterone builds muscle, densifies bones, and, according to verywellhealth.com, “Healthy males who have gone through puberty have 15 times the levels of testosterone compared to a healthy female.”

Despite championship-level drive and determination from many girls throughout the 98 years of Oklahoma high school wrestling, there has never been a female finalist. That changes next year.

“This was like a pilot year,” Surber said. “What we’re finding out is there are a lot of girls who are interested. There are women wrestling in the Olympics. Our girls here like the challenge. They like to scrap, and there needs to be girls wrestling girls. It’s not fair for a female to wrestle a male once they get to high school. They do fine in youth, but then when you get to junior high, and boys start hitting puberty, testosterone builds muscle and girls don’t produce very much testosterone, so it’s not even remotely fair.” 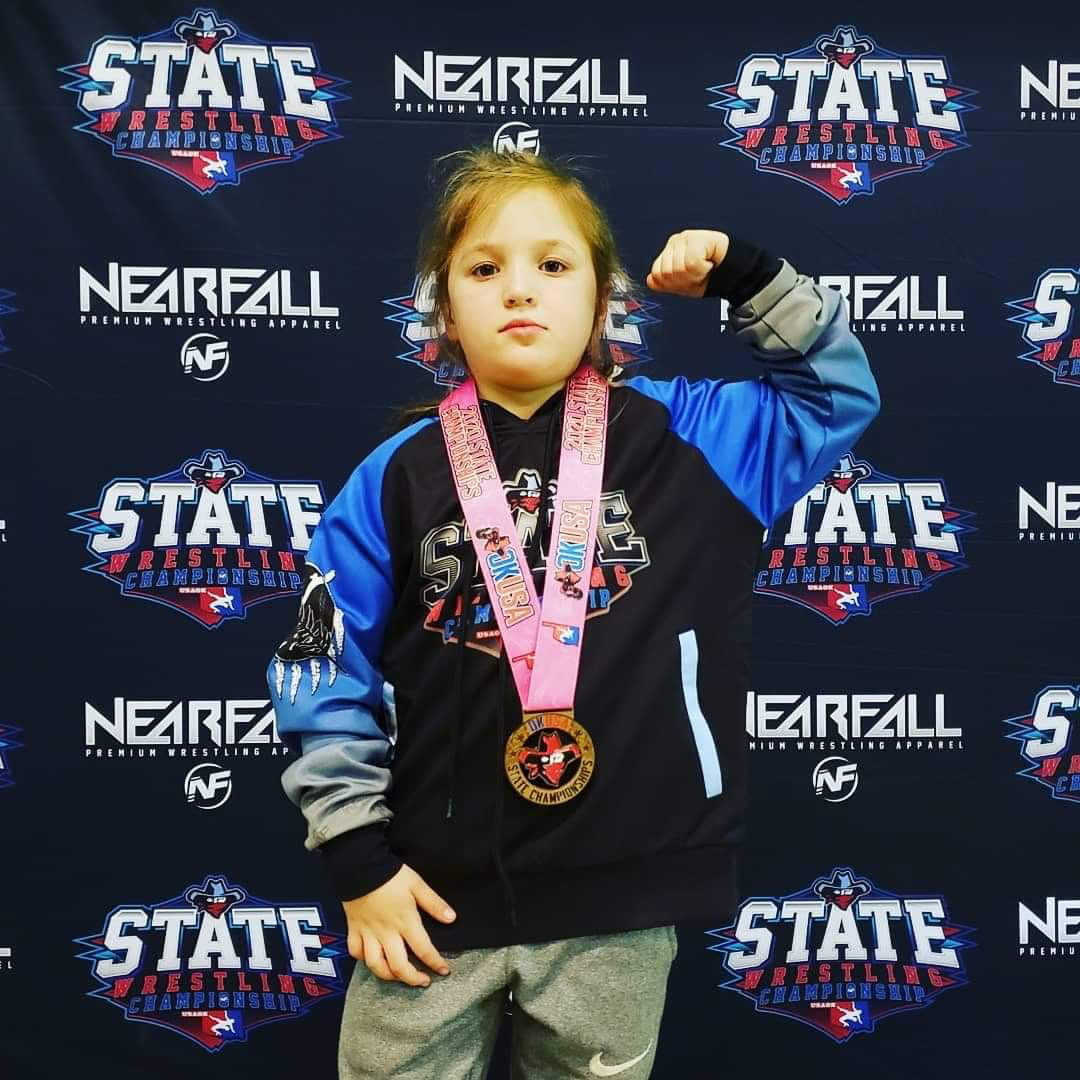 Amanda said PJ was drawn to wrestling, and the sport is teaching her daughter a lot about self-discipline.

“She has a heart for competitiveness,” Kerr said of Paezlie. “It really stands out. She doesn’t like losing. I think she’s truly learning that hard work pays off in the end. She gets really nervous when she’s on her back, and when she thinks she’s about to get pinned. There were times when we thought it was over and she maneuvered her way out of it. She’s come back from feeling like she was completely defeated in the situation and kicked some tail.”

A friend of PJ’s, Tuttle nine-year-old Kasia Wong is another lady wrestler, and she’s used to keeping up with the boys as well.

“She’s still trying to get us to let her play again,” Rina said.  “She misses it.”

The testosterone of her competitors could stack the deck against Kasia’s football future the next few years, but she and PJ are getting a head start in the world of wrestling, a world that will finally give girls a chance to be champions. 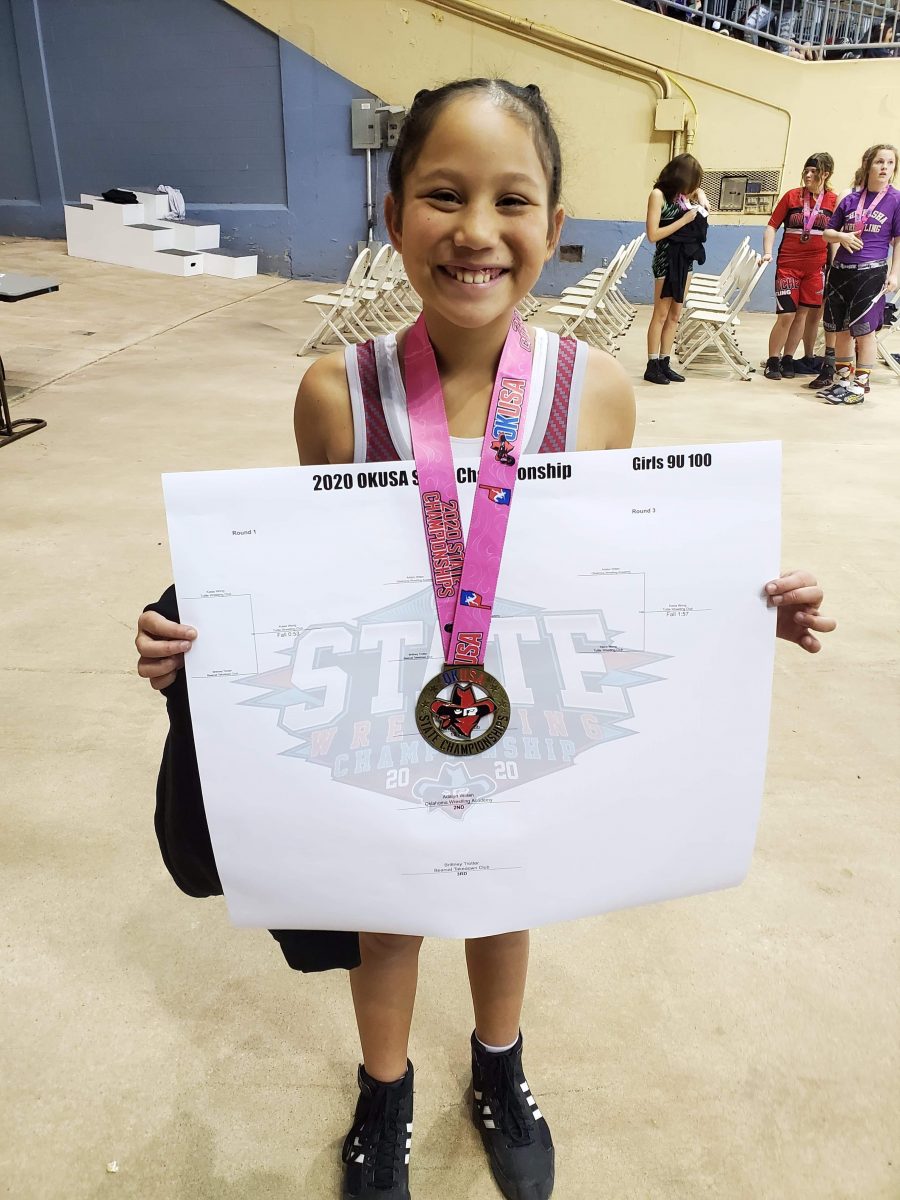 Instead of girls being discouraged by something they can’t control, so many will have the opportunity to earn the priceless gifts the sport of wrestling has to offer like fitness, self-defense, confidence, and a lot more.

Rina said that she thinks wrestling teaches kids to stand on their own.

“You can’t blame anybody,” she said. “It’s one of those things where you have to learn to control your emotions. I can’t think of another sport that requires so much mentally.”

Even as rookies this last season, Kasia and PJ competed against mostly boys, not because they had to, but because they wanted the mat time. They’ve already embraced the grind.

“Her and PJ have both been wrestling in the boys division and the girls division so that they would have more mat time,” Rina said. “It allowed them to get more experience with wrestling, because they can practice all they want, but unless they are actually thrown into an actual live match where they have to think fast and use proper technique against somebody who wants to win as much as they do, they really can’t train that.”

For more info on Tuttle massacring the varsity state tournament, see the story entitled “Yet Again” at our website, tuttletimes.com.