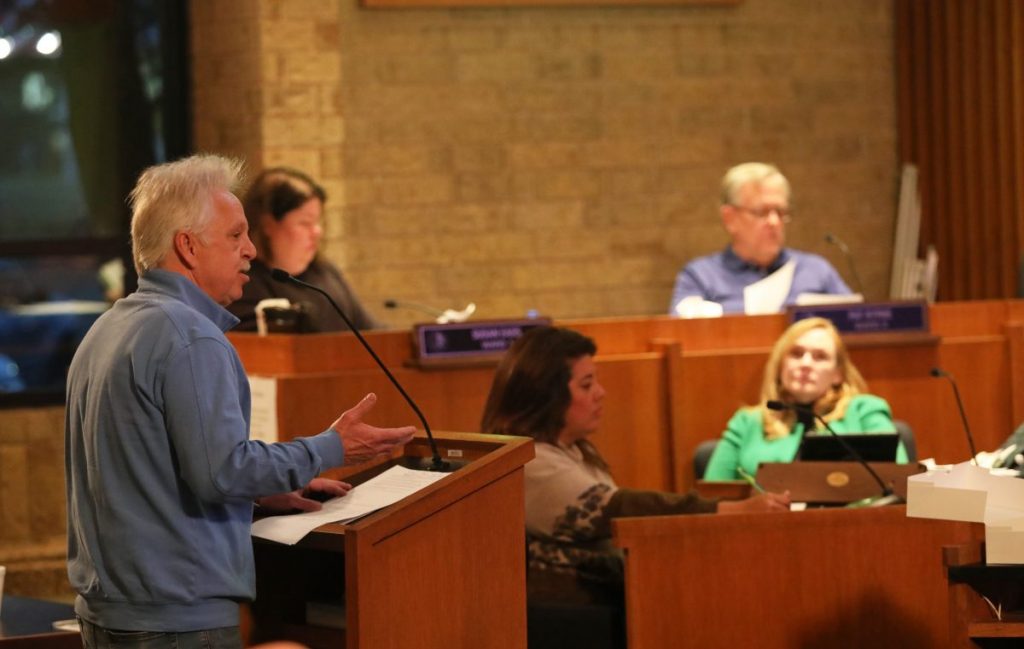 The Midwest City Council tightened restrictions on bars and restaurants on this morning in an effort to slow the spread of the coronavirus. The emergency ordinance closes bars that do not serve food and limits the amount of customers at dine-in restaurants.

The council passed the ordinance unanimously during an emergency meeting.

Mayor Matt Dukes said city leaders have taken a proactive approach towards the coronavirus and believes the ordinance strikes a balance between protecting the public health and allowing local restaurants to continue to operate.

“This is a daily changing situation,” he said. “We are 100 percent engaged and we are taking measures in Midwest City that we see appropriate for our community.” 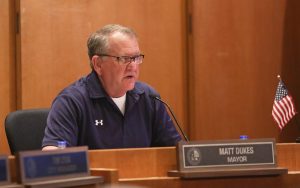 The emergency ordinance requires that:

Dukes said the ordinance will allow for recommended social distancing at dine-in restaurants. Many restaurants have voluntarily taken these steps amid sharp declines in daily business. Dukes said city leaders want to be careful in their handling of the situation.

“Just to come out and close everything like Norman did is irresponsible,” Dukes said. “Oklahoma City had ordinances in place and he (Mayor David Holt) was getting immense pressure.”

Several other cities in the metro have taken steps towards limiting food and drinking establishments during the COVID-19 pandemic.

“This isn’t something that you can go out and arbitrarily do,” Dukes said. “And there is no edict coming from the state or federal government. If you read the CDC guidelines, it says ‘should’ and that does not mean ‘shall.’”

Dukes said the city would comply with all state and federal laws.

Officials said it would be difficult for bars to comply with social distancing requirements. Fire Chief Bert Norton said bars tend to have close seating areas and more personal interaction between customers and staff. He said many local bars operate with limiting staffing, which makes enforcement challenging.

“They do not typically have a bouncer or someone at the gate telling people they can or can’t come in,” Norton said. “They have minimal staff with a bartender or maybe a waiter or waitress if they have food.”

Lucky’s Bingo would not be included in the ordinance. Norton said they will try to work with the staff to self-regulate social distancing recommendations.

Councilwoman Susan Eads asked if it would be easier if the city restricted all dine-in service like other cities have done. Norton and Clabes said they believe the order can be enforced and noted that many restaurants are already taken similar actions or moved to carry out or drive-thru only.

Councilman Pat Byrne emphasized that the council can change the ordinance if needed. The council has a scheduled meeting on Tuesday.

“We are trying to work with the restaurants and give them an opportunity to continue doing business,” Byrne said. “And if they don’t realize that, and if they don’t work with us, then Tuesday night there is a chance to change that and shut it down completely.”

Police Chief Brandon Clabes said the penalties will be used only as a last resort measure if businesses and customers refuse to comply. Officers will be instructed to educate restaurants and the public about the ordinance.

“We are not going to go out there and immediately start enforcing this,” Clabes said. “It is important for us as law enforcement that we’re not the second worst thing since COVID-19 that comes along in Midwest City.”

“The only way we are really going to flatten the curve is to keep people separated with spacing,” he said.

The council approved the emergency ordinance and an emergency clause that allows it to be effective immediately.  It was the city council’s second emergency meeting and action this week. The city held a meeting Monday evening to issue an emergency declaration during the COVID-19 pandemic.