“The State Superintendent Awards for Arts Excellence are awarded to high school juniors and seniors who have achieved artistic and academic excellence and served their communities. The arts have great value and are an important component of a well-rounded education. Students who participate in the arts — whether music, drama, dance, or in visual media— acquire skills that transfer to other academic areas and carry forward into adulthood,” said State Superintendent of Public Instruction, Joy Hofmeister.

The online application process consisted of the following criteria: Fine arts requirement in drama, band, choir, dance, and/or visual media, personal essay about how the fine arts has influenced their life, three letters of recommendation including one from a fine arts teacher or sponsor, and a copy of current high school transcripts.

Only 100 students from across the state of Oklahoma were chosen through this competitive application process.

“I’m incredibly proud of each of our talented students who were selected as 2020 recipients of this prestigious award. This was a record year for five students to receive this honor, so I’m thrilled that Choctaw High School Drama will be well represented this year,” said CHS theatre arts teacher, Maryjane Burton. “Of course, it is a bittersweet celebration since the ceremony which was scheduled for April 21 at the Scottish Rite Temple in Guthrie has been cancelled due to the current COVID-19 crisis. Instead, students will receive a packet by the end of May with their medal, the 2020 program, letter of commendation, and a certificate.” 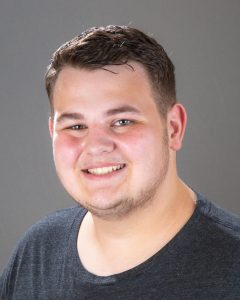 CJ Craig was recently named a National Qualifier in the event of Humorous Interpretation at the West District Tournament held on the campus of OU. The National Speech and Debate Tournament is scheduled for June in Albuquerque, New Mexico and has not yet been canceled due to COVID-19.  CJ is a 2X cast member in Choctaw High School’s State Championship One Act Plays as well as an All-Star Actor for his role as Ed Boone in The Curious Incident of the Dog in the Nighttime.  CJ was the first recipient to receive the 2019 Kelli O’Hara Award for Outstanding Male in a High School Musical for his role as Shrek in Choctaw’s production of SHREK which was also named Best High School Musical. CJ has been accepted to UCO and will pursue a degree in Professional Media. 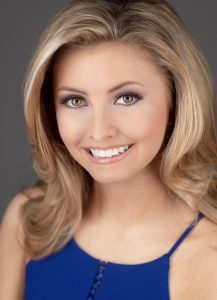 Alyssa Payne debuted in her first stage production at the tender age of 7.  She has continued to pursue her passion for acting by performing in numerous plays and musicals, and also appeared as an extra in a movie. Alyssa is a 3 year member of the Competitive Speech and Drama team and has competed in various events.  Alyssa was a cast member in the 2019 6A OSSAA State Championship play, The Crucible and served as dance captain for the musical, Bright Star. Some of Alyssa’s favorite roles on the CHS Performing Arts Center stage include Shelby in Steel Magnolias and Pepper in Annie. Alyssa also enjoys performing and entertaining as various Disney Princesses through Project Princess OK. She recently competed in the NSDA West District Contest and was named 1st Alternate to the National Speech and Debate Tournament in the event of Informative Speaking.  Alyssa plans to continue her education at Oklahoma City University working towards a degree in Nursing. 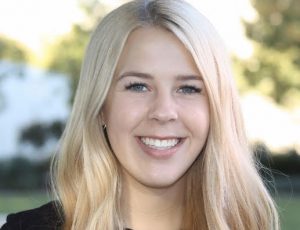 Alyx Sabina has been an active member of the Competitive Speech and Drama program for 3 years.  She received the top acting honors of being named both All-Star and All-State Actress for her roles in the OSSAA 6A State Championship One Act Plays, The Curious Incident of the Dog in the Nighttime and The Crucible.  In 2019, Alyx and her partner competed in the OSSAA 6A State Speech/Debate Tournament and won the State Championship in the event of Dramatic Duet.  In addition to her participation in Competitive Speech and Drama, Alyx enjoys pursuing her passion for music and was a cast member in SHREK the Musical, winner of the inaugural 2019 Kelli O’Hara Award for Best High School Musical.  Alyx looks forward to continuing her 4th year on the Competitive Speech and Drama team during her Senior year. 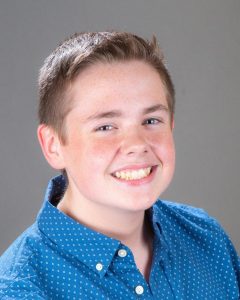 Cameron Guest was his Competitive Drama team’s first Sophomore to triple qualify in Individual Events at the OSSAA State Speech/Debate Tournament and placed 3rd in the event of Humorous Duet. He also holds the title, Mr. Choctaw 2019 and is an active member of National Honor Society.  Cameron is excited to continue his 4th year of participation in the Choctaw High School Theatre Arts and Competitive Speech and Drama program his Senior year. Lexi Sendall was a finalist for Best Actress at the 2019 inaugural Kelli O’Hara Awards for her portrayal of Fiona in SHREK the Musical. Lexi was also named All-Star and All-State Actress for her portrayal of Siobhan in the 2018 State Championship production of The Curious Incident of the Dog in the Nighttime.  In 2019, Lexi was recognized as an All-Star Actress for her role as Elizabeth Proctor in the State Championship production of The Crucible.  She has had incredible success in Individual Event competition placing 3rd at the 2019 OSSAA State Speech/Debate Tournament in the event of Humorous Duet and qualifying the events of Dramatic Duet and Monologue in 2018. Lexi is excited to continue her passion for music and performance during her Senior year.