Those CHS seniors are Ben Harvey and Ethan Karnes. 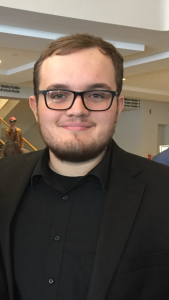 Ben Harvey, a clarinet player, is a four-year member of the Choctaw High School Wind Ensemble and the Pride of Choctaw High School Marching Band.  Ben was selected for the OBU Honor Band all four years of high school and was chosen for the CODA All-Region Honor Band his senior year.  He is also a two-year member of the All-State Symphonic Band.  Ben plans to pursue a degree at UCO in the fall. 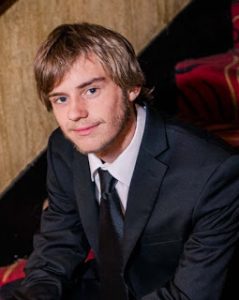 Ethan Karnes is a member of Choctaw High School Marching Band, Jazz Band, Percussion Ensemble and Wind Ensemble. He has also been principal percussionist for four CHS musical productions.  His awards and honors for music include Superior Ratings in district and state percussion solos as well as district and state percussion ensembles.  While a percussionist for the Choctaw High School Jazz Band, the group has won OSSAA Class 6A State Championships two years in a row.  He is a member of Oklahoma and National Honor Society and holds a 4.0 GPA.  Ethan plans on continuing his music education at the University of Oklahoma.

“The State Superintendent Awards for Arts Excellence are awarded to high school juniors and seniors who have achieved artistic and academic excellence and served their communities. The arts have great value and are an important component of a well-rounded education. Students who participate in the arts — whether music, drama, dance, or in visual media— acquire skills that transfer to other academic areas and carry forward into adulthood,” said State Superintendent of Public Instruction, Joy Hofmeister.