Midwest City police are investigating a pair of homicides that happened last weekend.  Officers have arrested a suspect in each of the cases, said Chief Brandon Clabes. 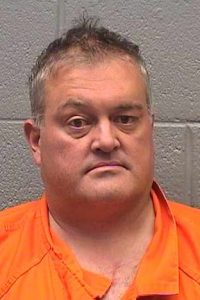 Around 10 p.m. Friday evening, 911 received an emergency call from 724 N. Midwest Boulevard and the person on the phone stated, “I want to report a murder”.

When officers arrived, they found Patty Perdue, 45-year-old female, dead inside a small camper in the backyard of the home. She suffered several sharp instrument wounds.  Also, present at the scene was Anisha Mackey, 29-year-old female, who had come to the home earlier with her infant child.

Witnesses told investigators that Perdue, Mackey and two other people were inside the camper when Mackey started acting strange and began swinging a large machete at the victim.  Two people escaped the camper when the violence began but reported hearing Perdue yell for help.

Mackey was arrested for Murder and transported to the Oklahoma County jail.  Mackey’s child was released to a relative.

On Sunday at about 6 p.m., 911 received a call regarding a welfare check.  The caller indicated she had been trying to get ahold of Irene Beers, 75-year-old female, for a couple of days and that she lived in the 8900 block of NE 15th.  Officers went to the home and spoke with Beers’ 46-year-old son, Aaron Bradley Beisbier. 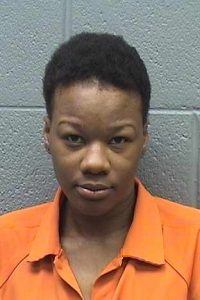 Beisbier initially told officers his mom left for the casino a few days ago; however, her truck was still in the driveway.  The truck had obvious blood in the bed and when pointed out to Beisbier, he made a spontaneous utterance and admitted to killing his mother.  Beisbier was arrested for murder.

Investigators learned that Beisbier dumped his mother’s body somewhere in the northeast part of Oklahoma City.  Sunday morning, Oklahoma City Police Department responded to the scene of a dead body in the 4700 block of N. Midwest Boulevard.  The body was later identified as Beers.

“It certainly was a violent weekend with two senseless deaths,” Clabes said. “All the officers/investigators involved at both chaotic crime scenes did an excellent job of securing the area and arresting the suspects.”