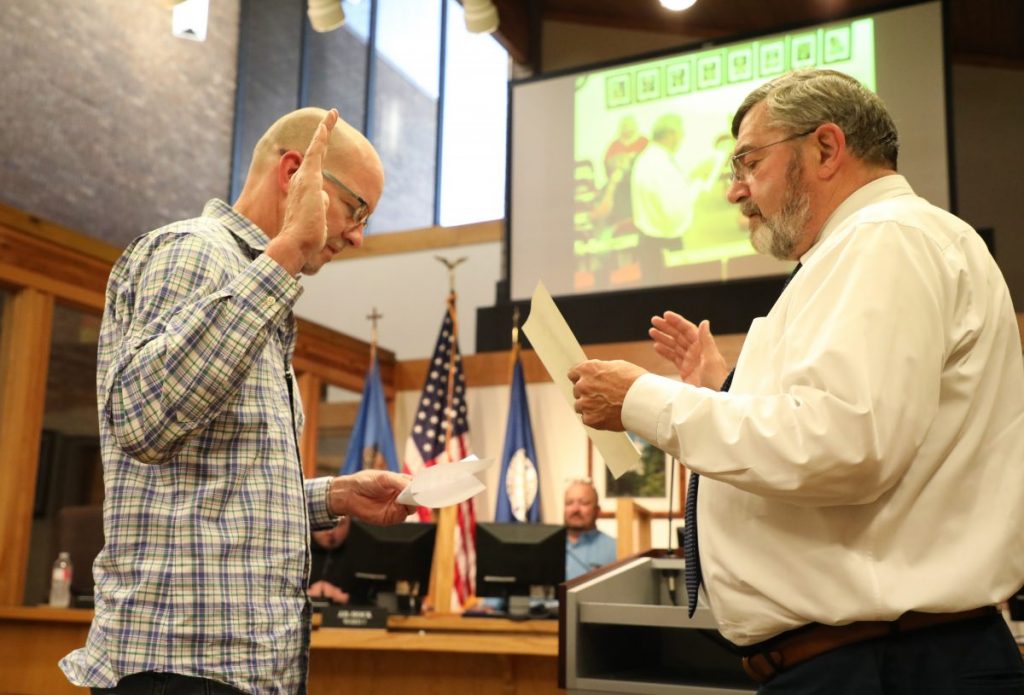 Michael Butler (Left) is sworn in as a member of the Del City Council by Mayor Floyd Eason (Right). (Photo by Jeff Harrison)

Michael Butler was appointed last week to fill a vacant seat in Ward 4. The new council member replaces Brian Linley who resigned from the position in April after moving to Choctaw.

Butler said he had prior interest in serving in local government and was encouraged by city leaders to apply for the vacancy.

“I felt like there are some things that I could contribute to the city,” Butler said.

Butler served 27 years in the U.S. Air Force and retired as a Master Sgt. He most recently was stationed at Tinker Air Force Base. He now works as a diamond broker.

He has lived in Del City for eight years. He is married and has five children. Four are adults and the youngest will be a senior at Mustang High School.
Butler says he will serve the remaining year on the unexpired four-year term.

“I told the mayor that if it works for a year then I’d like to keep doing it,” he said.