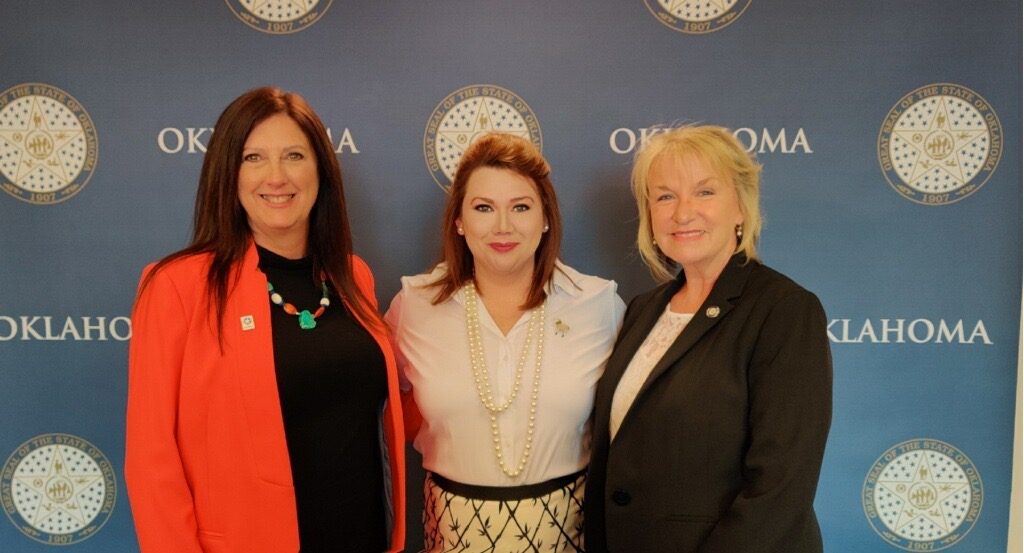 Several Oklahoma lawmakers have sought to regulate midwives in the state.

And several have failed.

Sen. Brenda Stanley found rare success on the issue last week with passage of Senate Bill 1823, which is also known as Shepherd’s Law. The law provides licensure, oversight, and accountability for midwives, while preserving parental choice in selecting a midwife, said the Republican who authored the bill.

“We’ve worked on this for a year and met with multiple groups and made sure everyone felt comfortable with it,” Stanley said. “We wanted to make sure it was right for Oklahoma.”

Stanley, a former teacher and principal, said she chose to author legislation after learning that Lecye Doolen, a Midwest City native, lost a baby during an attempted home birth in 2016. It is named after Doolen’s son Shepherd who died a day after the planned home delivery went wrong.

“As a mother I feel like I failed him so profoundly,” Doolen said. “I just wanted to protect him and some of the decisions I made led to his death. I wanted to make sure Shepherd’s legacy will be about helping other mothers make more informed decisions while still protecting the right to choose an at home birth.”

Under SB 1823, a Certified Professional Midwife or Certified Midwife will be required to be licensed in Oklahoma.  All midwives will be required to disclose what credentials or licensure they may or may not have, their limitation of skills and whether they carry malpractice insurance.  A required informed consent document must also include information on the midwife’s plan for emergencies and complications and gives parents the ability to pre-select a hospital in case of an emergency.

The legislation places oversight of the midwifery profession under the State Commissioner of Health. The department will create rules for licensure, including determining scope of practice, a formulary of prescription drugs midwives may administer, procedures for obtaining informed consent, qualifications, continuing education requirements, penalties, and fees. The Department must maintain a public list of licensed midwives.

Applicants must be certified by either the North American Registry of Midwives or the American Midwifery Certification Board. A license will cost $1,000 and last for three years.

An Advisory Committee on Midwifery will also be created to assist the commissioner in matters pertaining to licensure, discipline, and related issues. The Committee will consist of health care providers knowledgeable in midwifery.

Stanley earned support from midwives and others in healthcare.

“The midwives want licensure, they want their profession to be recognized,” Stanley said.

Sarah Foster, president of the National Association of Certified Professional Midwives, Oklahoma Chapter, said the bill will improve safety for families who choose to hire a midwife.

“We are so excited about what this means for Oklahoma families…we know that families are safer when they have access to midwives who can practice in their full scope, so we could not be more elated about what happened today,” said Foster, in a press release after the Senate passed the bill in March.

Stanley also quickly convinced fellow legislators about the need for change in midwifery. Rep. Cindy Rowe carried the bill in the House. Midwives are already regulated in 34 other states, Stanley said.

“Republicans aren’t usually for more licenses and regulations but the more I talked about it, the more they came around,” Stanley said.

It was approved by a wide margin and with bipartisan support in both the House and Senate. The House passed it 85-12 and the Senate by a 41-5 margin. Gov. Kevin Stitt signed the bill into law on May 18.

Stanley and Doolen have known each other for years. Stanley was a teacher at Cleveland Bailey Elementary when Doolen was a student there. Stanley learned about the tragedy from a family friend last year.

Doolen and her husband Allen Lippoldt hired then-certified nurse midwife Dawn Karlin in 2015 before they had their first son, Dutch. They planned an at-home delivery, but when the baby began showing signs of distress during labor, Doolen was transferred to the hospital for an emergency cesarean section.

Doolen became pregnant with her second child eight months later and again hired Karlin. A few days before the birth, Doolen said she started experiencing flu-like symptoms. She said she asked her midwife if she should go to the hospital but was told that she was fine.

She realized that everything was not fine when her water broke and it was the color of Pepsi, Doolen said. They rushed to the hospital where doctors had to perform an emergency C-section.

When doctors delivered the baby, it did not have a heartbeat or a pulse. The umbilical cord was wrapped around the baby’s neck. Doctors were able to revive the baby, but he was taken off life support later the evening after unsuccessful treatment to reduce brain swelling.

“All of those things were signs that he (Shepherd) was in distress and I should’ve been transferred right away to find out why,” Doolen said. “I will forever regret not getting a second opinion.”

Doolen wanted answers about what happened to her baby but said Karlin assured his death was a fluke.

She believed that for two years until she read an article about an Oklahoma midwife whose license was revoked. Doolen said she quickly realized that the article was about her. The Oklahoma Board of Nursing revoked Karlin’s nursing license, but she was still able to practice as a midwife, according to the article.

“As I was reading through the article, it never mentioned any names, but it said the time and date he was born and I knew it was me,” she said. “It was shocking and horrible. I felt like my guts were in my feet.”

After unsuccessfully suing Karlin, Doolen was encouraged to seek legislation to prevent such tragedies in the future and honor her son. She thanked Stanley for championing the bill.

“This is intense legislation and that fact that Brenda (Stanley) was willing to take it on speaks a lot about her character,” Doolen said. “Legislators have been trying to get it passed for 37 years and some did not want to touch it. She took it on and stuck with it and brought everyone to the table to make it work.”

The law will take effect Nov. 1.