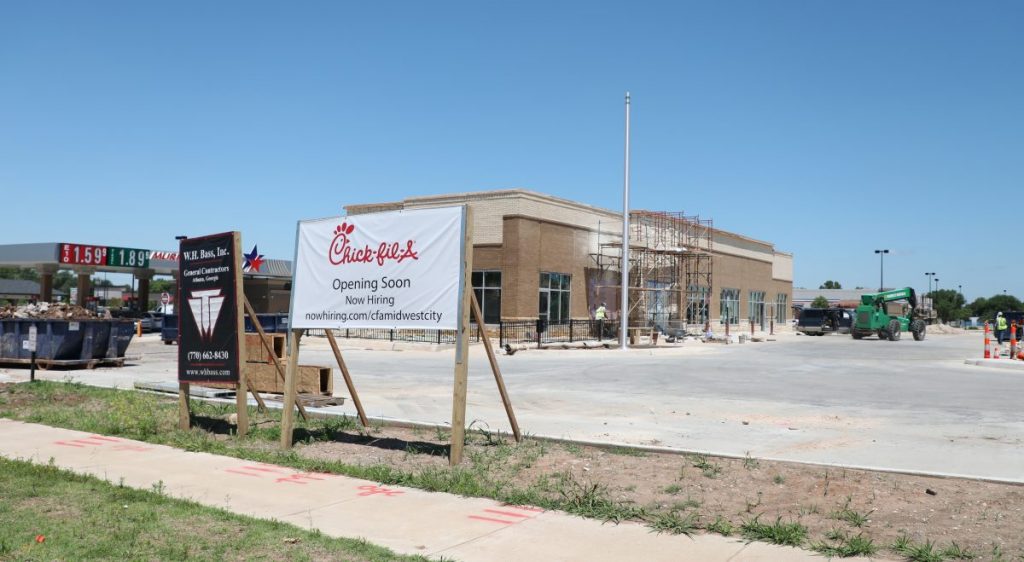 The popular fast food chain plans to open its new Midwest City location on July 1. The new restaurant will be located at 5705 SE 15th Street, in the Sooner Rose Shopping Center.

“We look forward to joining the community and serving all of our guests with great food and genuine hospitality,” said a Chick-fil-A spokesperson.

Construction started early this year and has stayed on schedule despite the pandemic. The 5,000-square-foot restaurant is estimated to cost $925,000, according to city building records. The restaurant is expected to be similar design to the SE 29th Street location.

The new Chick-fil-A is expected to have about 84 employees.

William Redenius, who owns the SE 29th St. location, will be the owner of the new store. Chick-fil-A opened its current location at 7331 SE 29th St. in 2008. The building was expanded in 2015 to accommodate demand.

To apply for jobs, visit nowhiring.com/cfamidwestcity.