Two Midwest City men want to see State House District 95 flip red. And both believe they are the one to do it.

Darren Ward, 45, a contractor and former county GOP chair, and Max Wolfley, 66, a retired teacher, will meet in the June 30 primary election.

The winner will face incumbent Rep. Kelly Albright in the general election on Nov. 3. The Democrat was elected to the seat in 2018 and did not draw a primary challenger this year.

House 95 includes much of Midwest City.

Ward grew up in northeast Oklahoma and Arkansas and moved to the Oklahoma City metro in 2004. He has lived in Midwest City for a little over a year and believes Albright does not represent the district.

“Midwest City has a lot of hardworking, all-American people and I feel like I fit right in,” Ward said.

If elected, Ward said he would focus on economic development, budget issues and public safety. 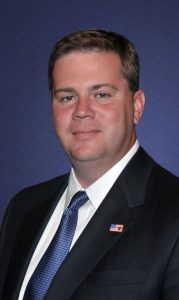 “We have some big trouble coming at the state level with oil and sales tax revenues down and have some very important decisions coming up,” Ward said.

Ward has been active in party politics at the county and state level for several years. He served as the Oklahoma County Republican chairman from 2015-2019 and ran for the state chair last year.  He served as a national delegate for Donald Trump. Ward has also run for county commissioner and county treasurer.

That experience with the state and county GOP will open doors at the State capitol, Ward said.

“I’ve built relationships with a lot of people in the party and have a good rapport with many legislators in the House and Senate,” Ward said. “It’s always beneficial to have good relationships before you go into an organization.”

Ward works as a construction contractor. He focuses primarily on residential restorations and some new builds.

Ward is not married.

Wolfley has lived in Midwest City for much of his life. He and his wife Brenda bought their first home in the Original Mile 44 years ago and raised their two sons and six daughters in the district. 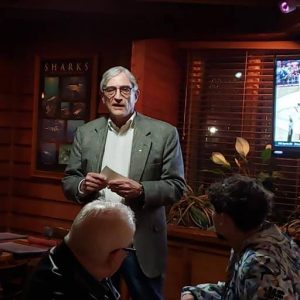 Wolfley describes himself as a “pro-life teacher who supports traditional values and common-sense economic policy.”  His priorities at the State capitol would include rebuilding the economy and job creation, education, and keeping promises to seniors, public safety employees, and state employees.

“Government is not the answer to all our problems, but when it needs to act it should do so effectively and efficiently while constantly watching for unintended consequences,” he said.

Wolfley said his deep roots in the community separate him from his primary opponent.

“The other candidate in this election registered to vote in this district less than two months before the deadline to be able to file,” Wolfley said. “I’m pretty sure I’ve got milk that’s spent more time in my refrigerator than my primary opponent has spent in Midwest City, and it’s still fresh.”