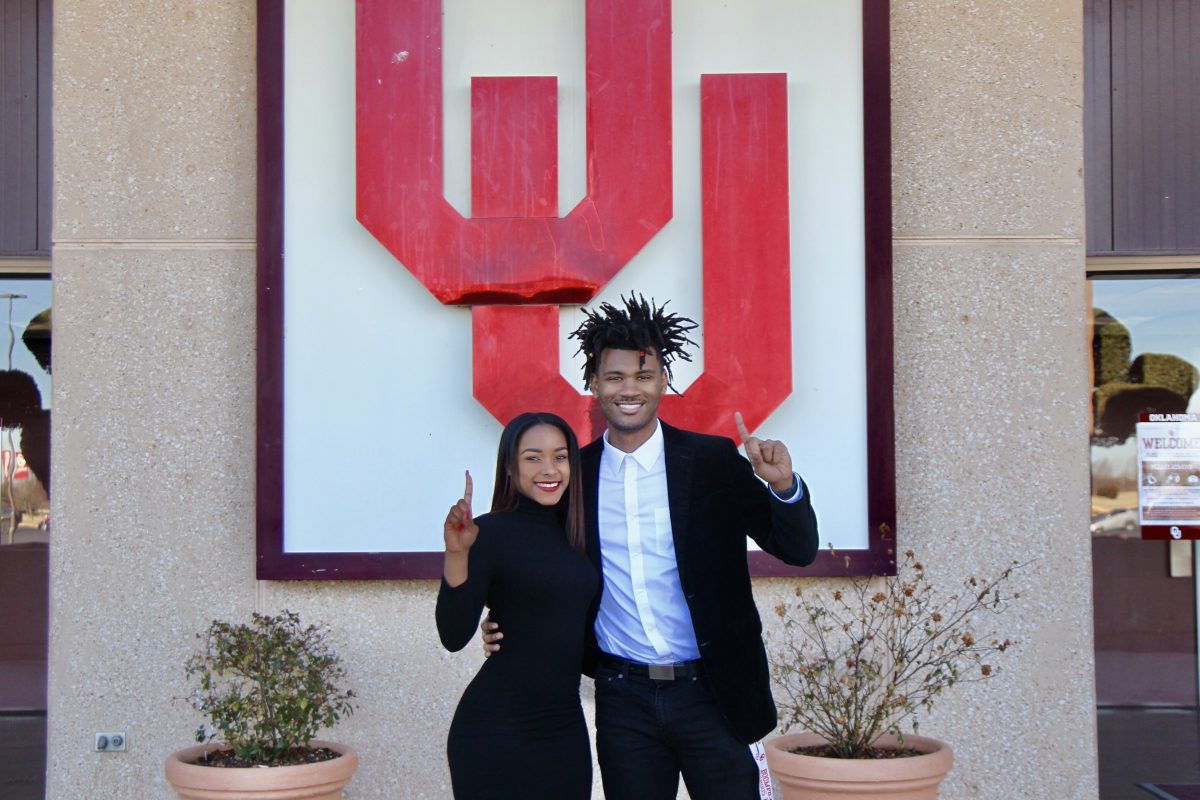 Xavier Turner, who graduated from Del City High School in 2018 and finished his sophomore year as a Broadcast Journalism major at OU, got the surprise of his life recently when his video sports project called Out of Bounds, was nominated for an Emmy Award.

When Turner started at OU in the fall of 2018, he got in touch with the head sports editor, George Stoia, and told Stoia that he wanted to produce a video-based sports project for the OU Daily. Another OU student, Janae Reeves, had also expressed interest in doing the same, and the two were paired up by the OU Daily and Out of Bounds was born in the Spring of 2019. The show can be found on YouTube under the OU Daily channel. The first year, they produced a weekly show covering all the spring sports. For the second year, the show covered the football season exclusively.

“It was really, really, good. We did a lot of great projects, got to talk to a lot of great people. We released three episodes, kind of like a three-part trilogy covering about 3-4 games in each package,” said Turner about this year’s episodes.

Out of Bounds recently won a Certificate of National Merit for the Heartland, which covers the Midwest Region. Soon after, Turner said that his videographer mentioned that he was going to submit the show for an Emmy just to see what happened.

“I was like, no way. Obviously, let’s shoot for the moon, but in my head, I was like, no way. Because the Emmy’s seems so big,” said Turner.
In early June, Turner received a text from his boss at OU Daily, sending Turner his congratulations because Out of Bounds had been nominated for an Emmy for student production sports.

“I was just like, holy cow. To me, as a kid, winning an Emmy or an ESPY, those type of awards, is something that I’ve always wanted to do. It’s honestly the biggest stage that you can get for your category. So even if I don’t win it, I’m still going to celebrate like I did,” said Turner with a laugh.

The Emmy winners will be announced on July 25th, and Turner and his friends and family are excitedly looking forward to it. As far as the future goes, Turner says the Out of Bounds project will continue next year, but it might have a new face or turn into a solo project, as his co-host Reeves heads to grad school. Turner expects to graduate in May 2022.

“There were a lot of times where I didn’t feel like recording that day. There was a couple of episodes we had to wake up at five a.m. for an 11 a.m. kick off, stuff like that, just the grunt work, you can get tired. But when I first started, I would have never thought that this would have happened so fast,” said Turner. “So, I just keep working hard, visualize my dreams. I think that’s the biggest thing for me is that I kept telling myself that I want to win an award for this, this is what I want to do, hopefully for the rest of my life. So, this is just a really good start.”