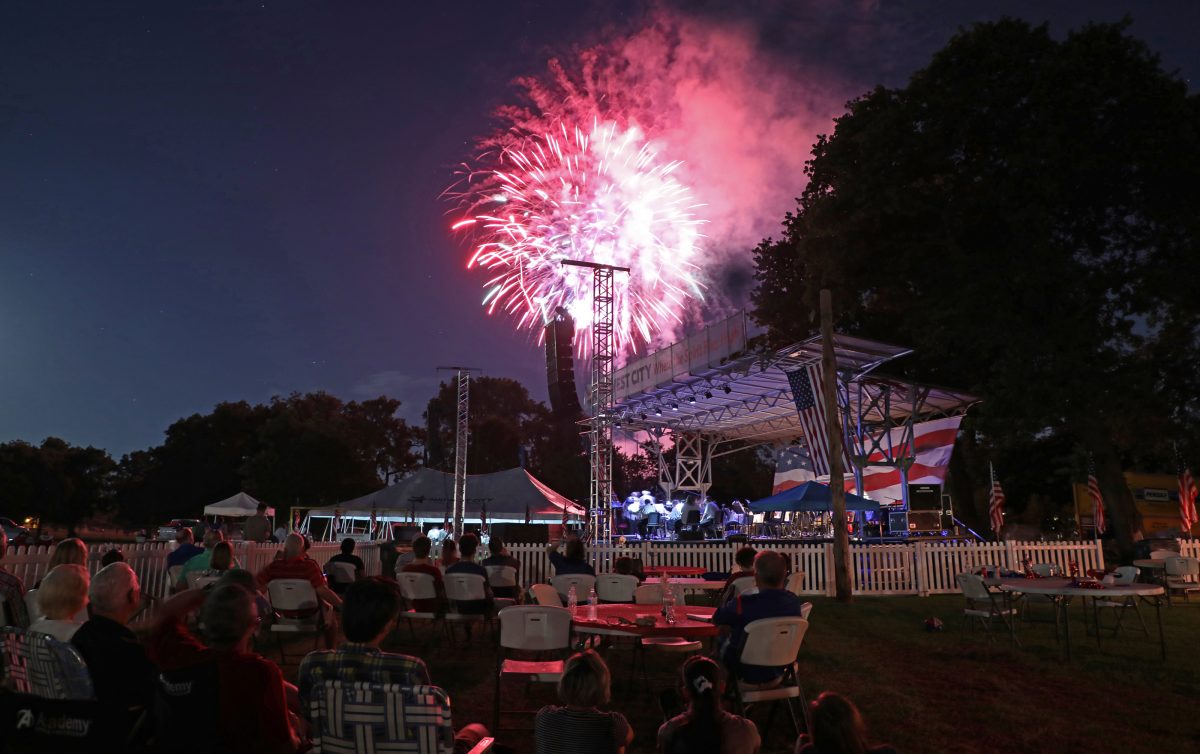 Midwest City celebrated the Fourth of July with its annual Tribute to Liberty festivities at Joe B. Barnes Regional Park. 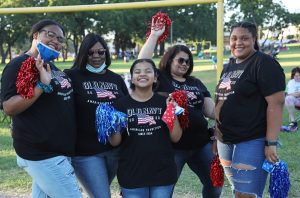 A family shows their spirit Saturday evening during the Tribute to Liberty celebration. (Photo by Jeff Harrison)

The event included live music, food trucks, fireworks, and more. Even though activities started at 6 p.m., the Midwest City Police were early with their dunk tank for Special Olympics.  Sgt. Anthony Lee was the one getting wet with Lt. Steve Simonson and Lindsay Cargill assisting.

Volunteers were busy making sure there was plenty of water for everyone, while also handing out many red, white and blue poms and beach balls.
The police, firefighters and Alliance Health were all present to see that it was a safe holiday for everyone. 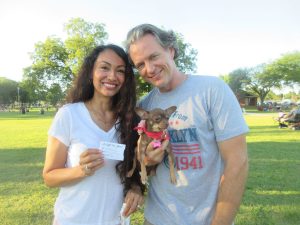 Angie and Daniel Duggen with their dog Carmelita who won the Patriotic Pet contest at Tribute to Liberty. (Photo by Maxine Wheelan)

is and Ami Hicks.  Ami and Chris spent their time getting VIP’s across the creek.

Mayor Matt Dukes welcomed everyone to the event and the National Anthem was played and the pledge to the flag conducted by Dr. Irv Wagner’s Concert Band. They played all the theme songs of the different branches of the military to a standing audience.
Several other events were taking place:

Captain America (Peyton Kieth with Business Analysts) was a hit with everyone.  The awards for the “Patriotic Pets” Contest were announced. Carmelita, with owners Angie and Daniel Duggen, took first prize. Charlie was second and Rocky took third.

All high school and college graduates received a free t-shirt and were recognized during the presentation.

The Massey’s, Candice and David were celebrating 20 years of furnishing “Snow Cones” at all the events.

The evening concluded with fireworks display about 10 p.m.