We’ve lost so many famous actors, athletes journalist and musicians this year. Unfortunately we’re only half way through 2020. These stars brought us great memories and enjoyment over the last several decades. Join me as we remember and pay tribute to some of the lost legends of 2020.

On Jan. 23 we lost JIM LEHRER. He was best known as the executive editor and news anchor for the PBS NewsHour on PBS. Lehrer also moderated several U.S. presidential debates.
The world was stunned on Jan. 26 when KOBE BRYANT’S helicopter crashed in Calabasas, California. He was one of the greatest basket ball players of all time. Playing his entire 20-season career with the Los Angeles Lakers.

February 5 we lost KIRK DOUGLAS at the age of 103. He was the leading box office star during the 50’s and 60’s. Douglas was an actor, producer, director, philanthropist and writer. He starred in many classic movies like Spartacus.

“You’ve got to know when to hold ‘em, know when to fold ‘em”- lyrics to the “Gambler.” We lost country music icon and grammy award winner KENNY ROGERS March 20. He was a singer, songwriter, actor and record producer. Rogers was inducted to the Country Music Hall of Fame in 2013. He sold over 100 million records worldwide. He’s remembered for big hits like “Lady,” “Through the Years,“ “Lucille,” “Coward of the County” and “Islands in the Stream” with Dolly Parton.

Oklahoma native JOE DIFFIE died March 29 from complications related to COVID-19. Diffie was a country music hitmaker throughout the nineties. His most popular songs include “Prop Me Up Beside the Jukebox (If I Die),” “John Deere Green,” “Pickup Man,” “If the Devil Danced (In Empty Pockets)” and “Third Rock from the Sun.” Diffie charted 18 Top 10 singles.

March 30 we lost soul singer BILL WITHERS. He recorded several major hits including “Aint No Sunshine,” “Lean on Me,” and “Just the Two of Us.” Withers won 3 Grammy Awards.
BRIAN DENNEHY passed away on April 15. He had roles in over 180 movies and in many television and stage productions. He was known for his Tony Award-Winning performance in “Death of a Salesman.” Dennehy was in popular movies like Rambo, Tommy Boy, Cocoon, Silverado and To Catch a Killer.

The winningest coach in NFL history passed away on May 4. DON SHULA was Best know for his many years as head coach of the Miami Dolphins. Shula had 2 Super Bowl victories with the Dolphins and the only perfect season in NFL history.

Legendary magician ROY HORN died May 8 from the coronavirus. Siegfried and Roy mixed magic and exotic cats to sell out the Mirage theatre nightly in Las Vegas. In October of 2003 Horn was dragged off stage by a tiger, abruptly ending the magic show forever.

May 9 we lost LITTLE RICHARD. He was an influential figure in popular music and culture for seven decades. “Tutti Frutti” was his signature song and became an instant hit. Other hit songs included “Good Golly Miss Molly,” and “Long Tall Sally.” Richard was inducted into the Rock and Roll Hall of Fame in 1986. Elvis Presley told Little Richard in 1969 that his music was an inspiration to him and that he was “the greatest”.

Comedian and actor JERRY STILLER died on May 11. He was known for playing grumpy and eccentric characters. He played George Costanza’s father Frank in the popular television show Seinfeld. Stiller was the father of actor Ben Stiller.

Funny man FRED WILLARD died on May 15. He made dozens of appearances in sketches on “The Tonight Show with Jay Leno” and “Jimmy Kimmel Live.” Willard appeared in numerous movies and shows like Anchorman and Everybody Loves Raymond. He can now be seen on the Netflix series Space Force.

“Gee Mrs. Cleaver, your hair looks real pretty today,” said Eddie Haskell. On May 18th KEN OSMOND passed away. He was known for playing trouble making Eddie Haskell on Leave it to Beaver. Eddie was included in TV Guides “50 Greatest TV characters of All Time” list in 1999. Interesting fact about Osmond – He joined the Los Angeles Police Department in 1970 and grew a mustache to be less recognizable. 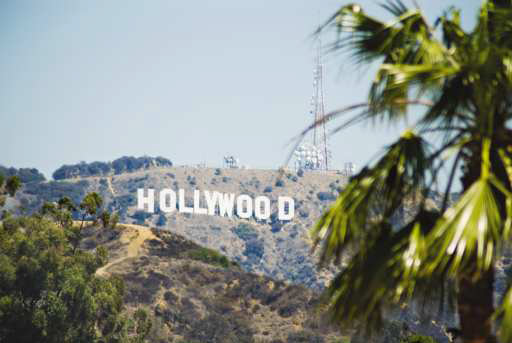 BENNY MARDONES died on June 29. He was an American pop singer and songwriter. Mardones is best known for his hit single “Into the Night.” In 2000 he was diagnosed with Parkinson’s disease but continued to perform regularly until the mid-2010s.

We also lost CARL REINER on June 29. He was an actor, comedian, director and screenwriter. His career covered seven decades. Reiner was best known as the creator, producer, writer and actor on The Dick Van Dyke show. He was inducted into the Television Hall of Fame in 1999. He was the father of actor and director Rob Reiner.

Ironically in 2020 we lost HUGH DOWNS from ABC News “20/20.” He passed away on July 1st at the age of 99. The Emmy-Winning broadcaster had a seven-decade career in television news and entertainment. He’s best known for co-hosting “20/20” with Barbara Walters. His signature sign-off was “We’re in touch, so you be in touch.”

On July 6 Country legend CHARLIE DANIELS died at 83. He was best known for his song “The Devil Went Down to Georgia” and was inducted into the Country Music Hall of Fame in 2016.