Canadian County Court Clerk Marie Hirst will begin her fourth term in January, after holding back a challenge by one of her former employees. 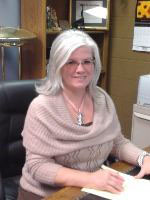 Hirst received 7,951 – 52.63% – of the June 30 primary vote, while challenger Rindie Hunt was selected by 7,156, or 47.37%, of voters participating in the election. Her win means Hirst will retain the office, as no candidates from other parties filed for the seat.

On a state level, Canadian County voters went against Oklahoma voters as a whole, voting against Medicaid expansion. More than 57% of county voters – 13,492 – cast a ‘no’ vote for State Question No. 802, while 10,059 approved the measure. Statewide, the measure passed by 6,518 votes.

It was a night for incumbents in primary races, as U.S. Sen. Jim Inhofe, U.S. Rep. Tom Cole and Corporation Commissioner Todd Hiett all prevailed in their respective races. In the Oklahoma State House District 59 race, Mike Dobrinski won the Republican primary, taking 66% of all votes cast.

The Times will have full election coverage, including statistics and what this means for upcoming 2020 elections set.