The City of Harrah has hired Tracy Qualls as their new economic development director.

Qualls began filling the role of the newly established position with the beginning of the fiscal year, July 1.

She was previously president/CEO of the Choctaw Area Chamber of Commerce for 11 years before leaving to head the organization Shawnee Forward in 2018.

Qualls, who lives in McLoud, is happy to be back working in the eastern Oklahoma County area. 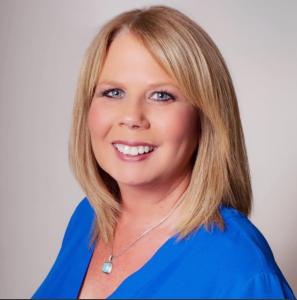 “With all the success and growth Harrah is having they need someone to work as a liaison for the city with existing businesses and new businesses coming in,” said Qualls. “This position will help the already existing businesses and any wanting to come into Harrah. With an economic development position, the leadership of Harrah want to see an increase of sales tax and bringing in wealth producing jobs. Jobs that will help the residents of Harrah. When residents can work and shop near home more of those sales tax dollars will stay in the community.”

Qualls says her experience working with chambers throughout the state, including Harrah, and state agencies will come into play as she expects much interest in Harrah as the new Kickapoo Turnpike nears completion.

“Having exits inside city limits and right outside city limits could allow for a lot of changes coming to Harrah,” she said.  “When you have a major road coming in there’s always growth expected. There are local and national people calling in. We need to have someone gathering information they’ll be asking for, assisting them with any questions, and just really focused on being a business liaison.”

Her hiring coincided with the dissolution of the Eastern Oklahoma County Partnership.

The EOC Partnership started in 2010 as a regional alliance across five cities – Choctaw, Harrah, Jones, Luther and Nicoma Park. The organization then expanded to include a variety of other investors as a public-private partnership. Much of the efforts made by the partnership was to attract business investment into eastern Oklahoma County, as a region.

“That’s a piece I’m picking up,” said Qualls. “We’ll have someone out just promoting Harrah. Weather it’s statewide or nationwide.”