Oklahoma softballers live up to their legends

The Oklahoma Legends played a select group of high school softballers in an exhibition game in Shawnee Wednesday night, July 8.

The scrimmage contest was the opener to a tournament sponsored by Fastpitch Future Softball that featured players from all over the world the following weekend.

The players that faced the Oklahoma Legends were chosen by coaches of the teams participating in the tournament. 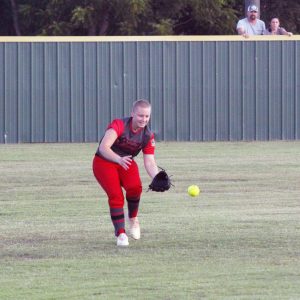 Choctaw’s Avery Clark moves for a ball in the outfield vs. the Oklahoma Legends. (PHOTO BY RYAN HORTON)

The Legends captured a 9-1 victory in four innings. 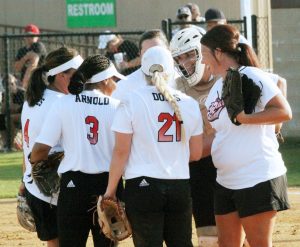 The game was decided early by score, but the teams played on to make sure all the high school seniors got a turn at bat.

“Home Run Queen” Lauren Chamberlain returned to the plate in front of the packed field, and help make some great memories for some local high school players. Chamberlain is the NCAA’s career home run leader with 95. She competed for the University of Oklahoma from 2012-15. 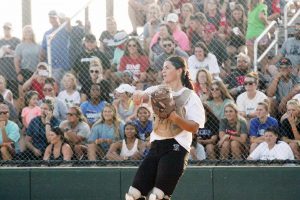 CHS head coach Lindsey Mudgett completes a throw, while returning to the field as catcher for the Oklahoma Legends. (PHOTO BY RYAN HORTON)

The game was streamed on Facebook live by the Hatfield Softball Academy. 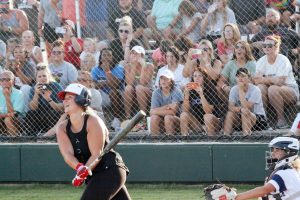 Oklahoma’s “Home Run Queen” Lauren Chamberlain watches the ball after connecting in her return to the plate vs. a standout group high school players last week. (PHOTO BY RYAN HORTON)

For more photos from the game VISIT THE GALLERY