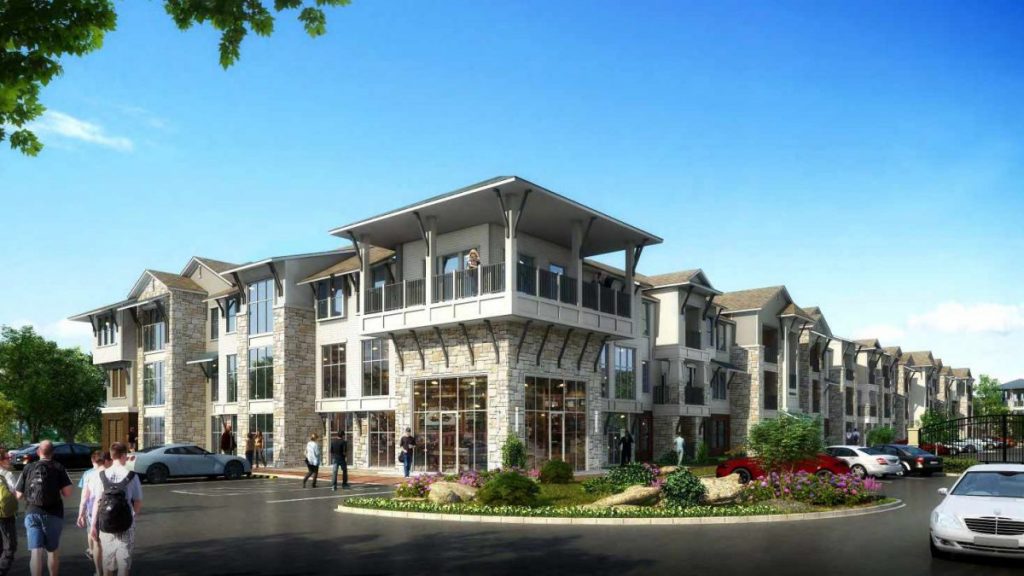 The planned Creekside Park, The Residences, 2500 S. Douglas Blvd., will include one three-story building with 47-50 units on the west side of Soldier Creek.  A similar sized building is planned for the east side of the creek as part of the second phase.

The apartment complex will offer one, two and three-bedroom units for rent. They will include 9-foot ceilings, hardwood flooring, large walk-in closets, washer and dryer, kitchen with dishwasher, refrigerator, and microwave, according to the developer.

Chris Webster, a former Midwest City resident, is developing the project. He did not attend the council meeting last week but was represented by Jon Doyle, with Cedar Creek Engineering.

According to city staff, Webster met with about 15 surrounding property owners on June 30. Neighbors expressed concerns about building setbacks, the height of the apartment structures, drainage, and property values.

City leaders believe the issues have since been resolved.

The developer plans to build a road along the north property line to create a larger buffer between the apartments and the neighboring homes. Several mature trees will also remain in place between the properties.

Doyle confirmed that dirt work for the project will not impact stormwater drainage in the area.

Councilman Pat Byrne said he spoke with Webster on the phone before the meeting to confirm the group’s commitment to building a high-end apartment complex. He asked Doyle to reiterate that.

“This is the plan. We’re not going to see a plan tomorrow that is different, especially since we rezoned it. This is what our expectations are, for a high-end apartment complex,” Byrne said.

The apartment complex project is part of a 10-acre lot owned by the developer. In February, the council approved a request for a preliminary plat for the development, which included dividing the property into three parcels. Two parcels along Douglas Blvd. are zoned community commercial, with the remaining 6.68 acres for residential.

City officials said the developer will need to revise the preliminary plat to reflect the rezoning.