In January, the department got a new medium duty Rescue Truck for $400,028 and in June bought a new Ladder truck for $1 million dollars. Along with the two new trucks the department also bought new cutters, spreaders, hoses, and other vital equipment.

Del City Fire Chief Brandon Pursell said the new trucks were bought with money from a 15-year temporary sales tax that started in 2005. 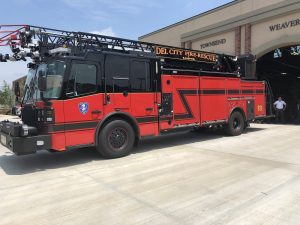 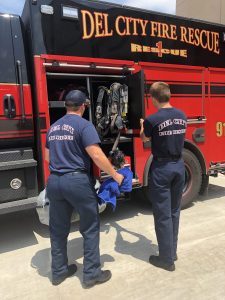 “The department has to buy new trucks annually to keep up with the National Fire Safety Guidelines,” Pursell said.

Fire trucks can only be on active duty for 10 years and then they are moved to the back line to be used if more trucks are needed. After a truck is put on the back line, it can only remain in service for 20 years. The new Ladder and Rescue trucks will become Ladder 1 and Rescue 1.

The new trucks are a couple inches bigger and come with a few added perks. Rescue 1 has been in service and Ladder 1 is expected to be in use sometime after next week.