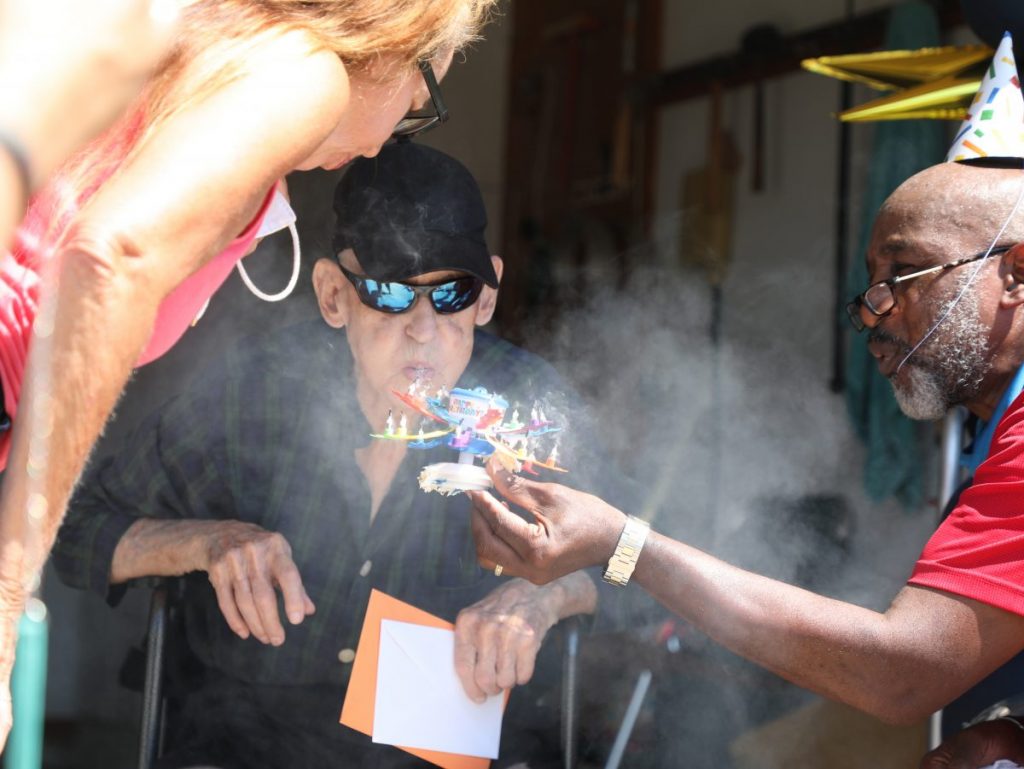 Gerald Sibley (Center) gets some help from his daughter Yolanda Elkins and James “Chili” McQuilllar while blowing out birthday candles last week. Sibley celebrated his 103rd birthday with a visit from the Midwest City Rotary Club and family and friends. (Photo by Jeff Harrison)

Gerald Sibley has had many birthday celebrations over the years.

One hundred and three to be exact.

But the longtime Midwest City resident never experienced one like last week.

On Tuesday, Aug. 25, members of the Midwest City Rotary Club along with family and friends gathered in Sibley’s driveway to celebrate his 103rd birthday.

Sibley was born Aug. 25, 1917 in Wolfe City, Texas. He went on to serve in the U.S. Navy and was injured while working on a ship. He was hit in the head with a large beam and spent the next three weeks in a coma at a hospital. Sibley recovered and received an honorable discharge.

After the service, Sibley moved to Midwest City. He worked at what is now Tinker Air Force Base in the shipping department for about 20 years, before retiring.

Sibley continues to live independently at home. Nurses with the VA check in on him a few times a day and Meals on Wheels bring him food. He enjoys reading the local newspaper and watching the news on TV.

Sibley was married to his late wife Viadell and they have three children Yolanda Elkins, Don Sibley, and Anita Walche. 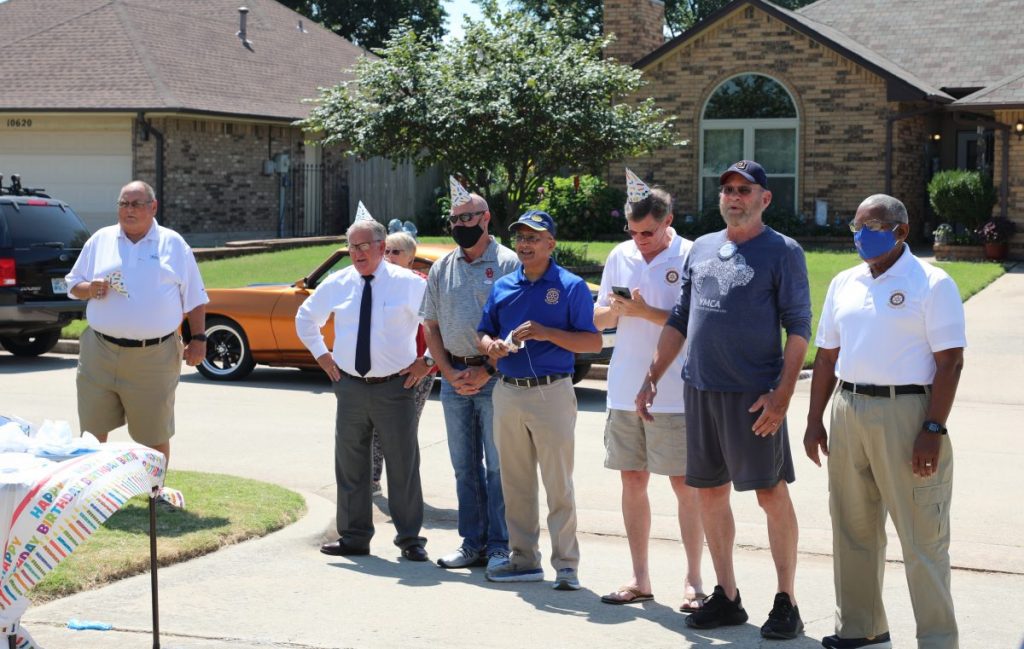