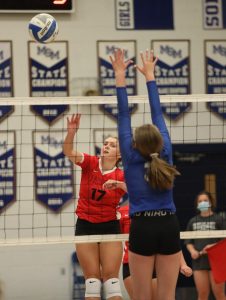 Zella Heater hits the ball over the net during a game against Mount St. Mary. (Photo by Jeff Harrison)

Managing Editor
The Carl Albert volleyball team continued a tough stretch in their schedule with wins over a pair of top 10 teams.

The Lady Titans overcame a slow start against El Reno. After dropping the first two sets, Carl Albert roared back to win the third 25-9. They took the fourth set 25-19 and the tiebreaker 15-12.

Coach Hayden Robbins said her setters Abbey Smith and Willow Roe worked hard all night and put their hitters in position to score. Roe also served up 8 aces, including 7 in the third set.

Robbins said their hitters and blocking were also sharp. Kaylee Goggans had 10 kills.

“All of our hitters were on tonight and are putting all the things we worked on in practice to good use,” she said. “…Our blocking has improved tremendously which has helped us a lot on defense.”

Carl Albert is scheduled to play the OKC Storm on Thursday and head to the Mustang Tournament on Saturday. 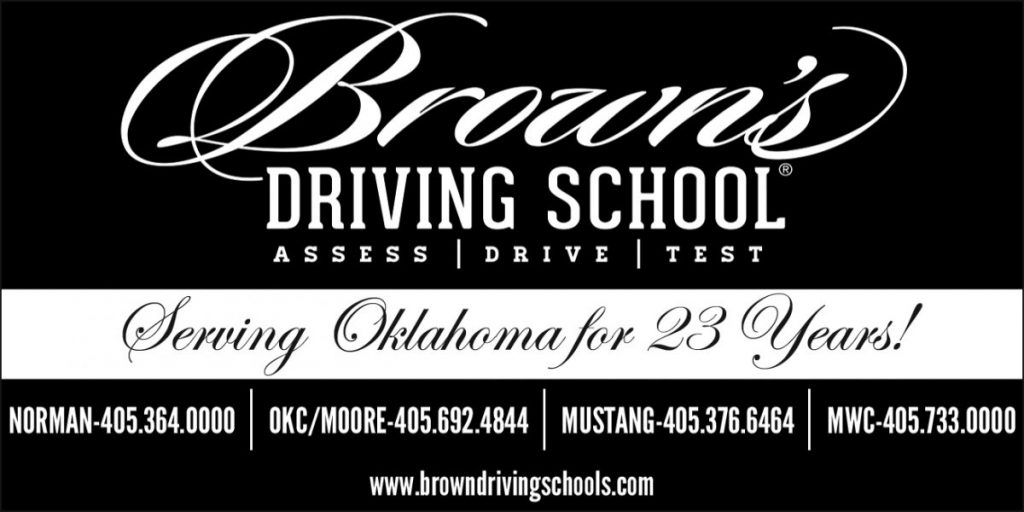