Last Friday the Tuttle Tigers made the long haul down to Plainview to take on the Indians on their home turf. It’s was a hot, humid day but as the sun went down it started to look and feel like a great night for football.

Planview got the ball first and both teams trying to settle into the game ended up punting on their first possession. On their second possession, Plainview started moving the ball. Their quarterback placed the ball just over the top of two Tuttle defenders where his receiver snatched it as he entered the end zone. Plainview gets on the board first. With a failed two point attempt Plainview goes up 0-6 with 2:59 left in the first quarter.

On the ensuing drive, one of Tuttle’s quarterback tandom Alex Conover connected with Mason Stokes and Bode Brooks through the air to move Tuttle into the red zone. Mason Stokes was the leading receiver with three receptions for 59 yards. Alex Conver completed 4 out of 5 attempts for 80 yards. The Tuttle offensive line showed their prowess on this drive steadily opening up gaps for running back Tyler Woodson to run through to pick up yardage. Woodson hit pay dirt from 6 yards out early in the 2nd quarter. Extra point was no good. 6-6 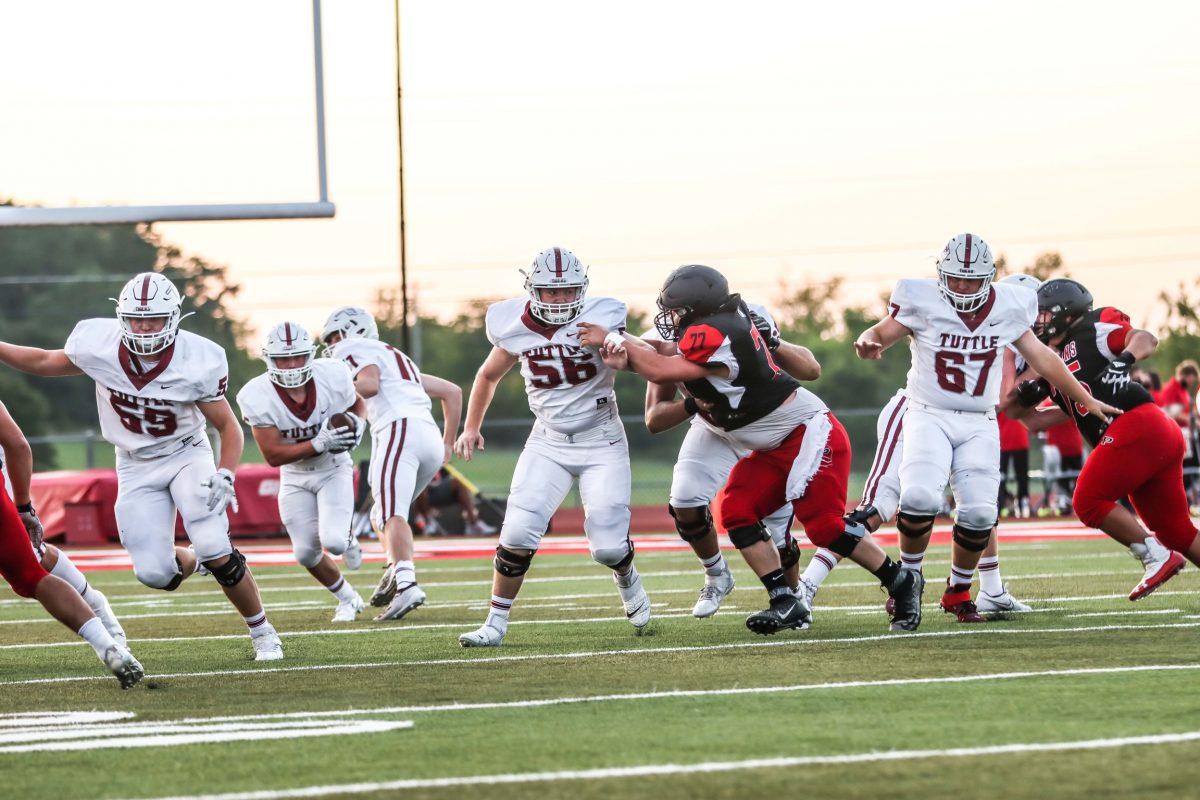 “I think Dylan Cummings is really starting to come into his own as an offensive lineman,” states Head Football Coach Ballard. “He’s starting to block much, much better at the point of attack and he doesn’t mind getting out there and taking it downfield. I also thought Parrish Terry played extremely well at the other tackle. At guard, we are on a 3-4 man rotation with Wyatt Riley, Brayden Bliss, Xander McElhany, and Jaxson Peshoff. All four of those guys were better than they were last week and that push up the middle really helped us.”

When Plainview got the ball back the Tiger defense was all over them with Parrish Terry and Tyler Mitchell getting pressure in the backfield with Chance Cobb, Gunner Kerr and others getting some tackles keeping Planview out of the red zone. Kerr had a big sack on fourth down to get the ball back.

When the Tigers took possession, a pass from quarterback Jayden Seebold to Nathan Ross helped move the sticks for the Tigers. Ross had two receptions for 33 yards. Another pass from Seebold to Hunter Anderson ate up a lot of of yardage as the Tiger marched down the field to the ten yard line. On the next play, Seebold scrambled when he found no one open and took off behind a wall of blockers, made some guys miss and fought through several tacklers to stretch the ball out over the goal line. Seebold completed 5 of 12 passes for 101 yards and picked up 8 yards rushing.

At this point you started to see the Tiger offense and defense starting to both click and get into a rhythm. The Tiger defense refused to budge and they forced Plainview to go four and out. Tuttle got the ball back but an interception by a Plainview defender sent the game into half time with Tuttle up 13-6.

Tuttle received the ball to start the second half and Canon West and Tyler Woodson started eating up yardage on the ground but the Plainview defense stiffened up and kept the Tigers out of the end zone. Tyler Woodson ran the ball 26 times for 160 yards for an average over six yards per carry. Canon who also plays on defense, ran the ball 6 times for 64 yards averaging 10 yards per carry. Legg was able to add three more points to he lead with a successful field goal.  Tigers up 16-6. 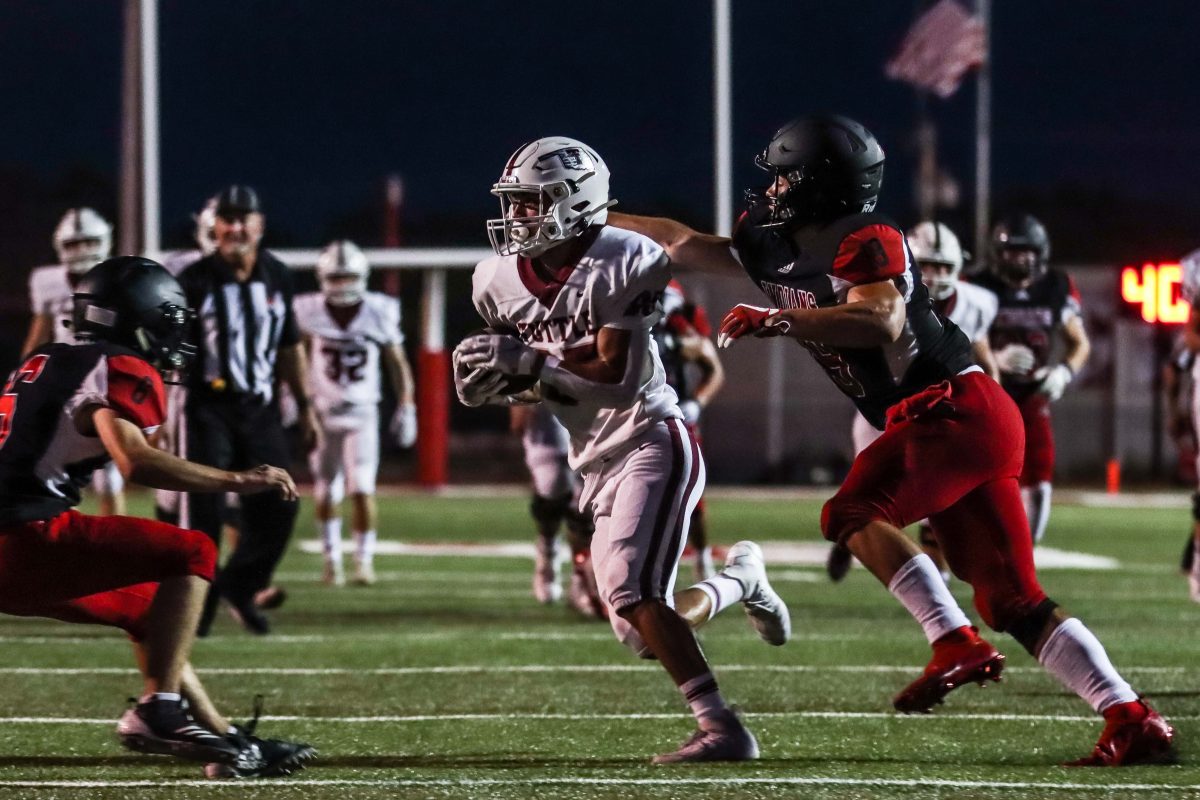 The Plainview offense showed a spark and moved the ball into the red zone with a couple of big pass plays. That setup Planview’s Caden Pickens to run the ball into the end zone from six yards out. Their two point try fell short due to the Tiger defense with Parrish Terry and Canon West keeping them out of the end zone. The third quarter ends with Tuttle holding on to their lead 16-12.

In the fourth quarter, you can see the Plainview players are starting to cramp up a lot slowing things down a bit. This is where Tuttle’s rigorous conditioning and depth really shines on game night. “Our kids work extremely hard in practice,” states Coach Ballard. “We demand a lot out of them in practice with the tempo we move at and the amount of plays we get in, conditioning them for the game. ”

The fourth quarter mostly sees Tuttle keeping the ball on the ground with a one two punch from Tyler Woodson and Canon West. They both do a great job of blocking for one another when they get the chance, playing very unselfishly. Moving the ball on the ground then opened up senior Hunter Anderson near the Plainview sideline to make a catch and out-juke a couple of players to take it 33 yards to the end zone. That put Tuttle up 23-12 with 8:03 left in the fourth quarter.  That was the last scoring play of game. The Defense continued to wear down Plainview and the offense was able to maintain possession giving Tuttle the opportunity to go into victory formation for their last play.

Next up, its a good old fashioned rivalry game in Newcastle as the Tuttle Tigers take on the Newcastle Racers on Friday September 11th. Kickoff is at 7pm. If you are unable to attend the games you can now watch them on Tiger TV at- TuttleSchoolsTV.info. Pregame shows starts at 6:30pm. You can also watch the Tuttle Coaches show for a more in depth breakdown of the game and what to expect for the upcoming game every Thursday night at 7pm on Tiger TV. 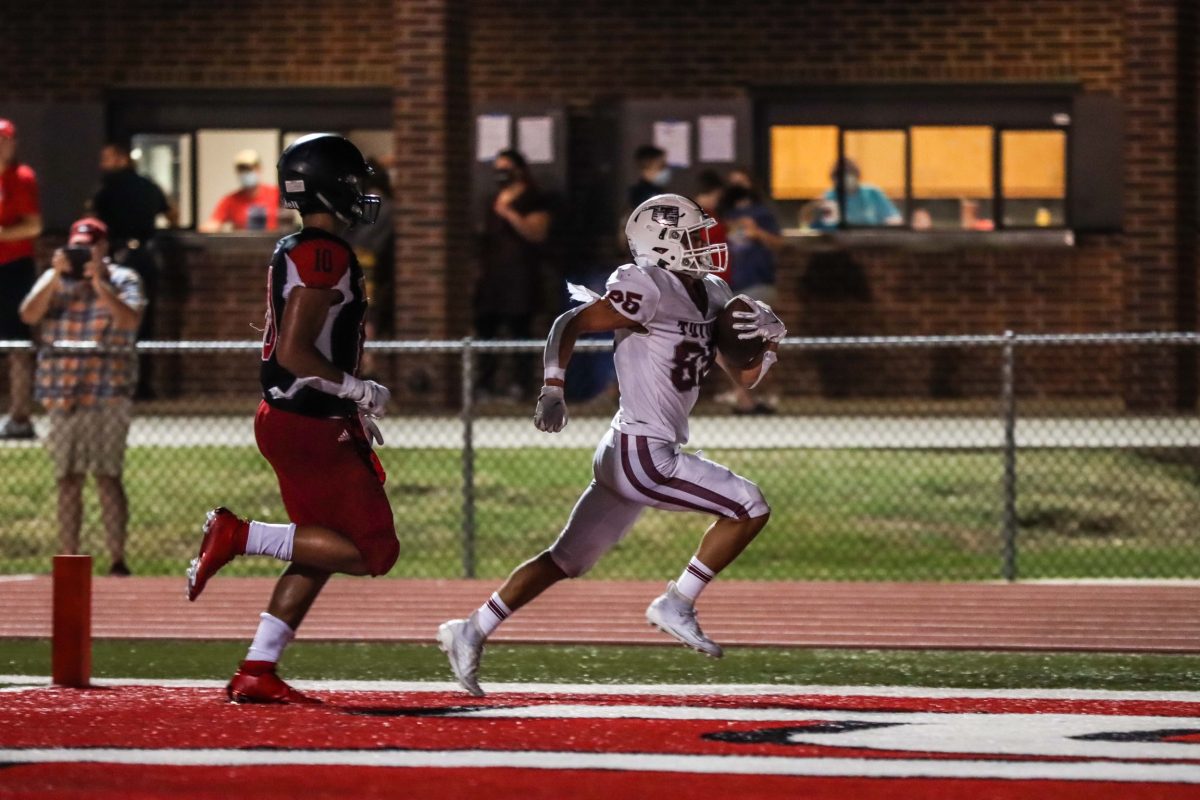