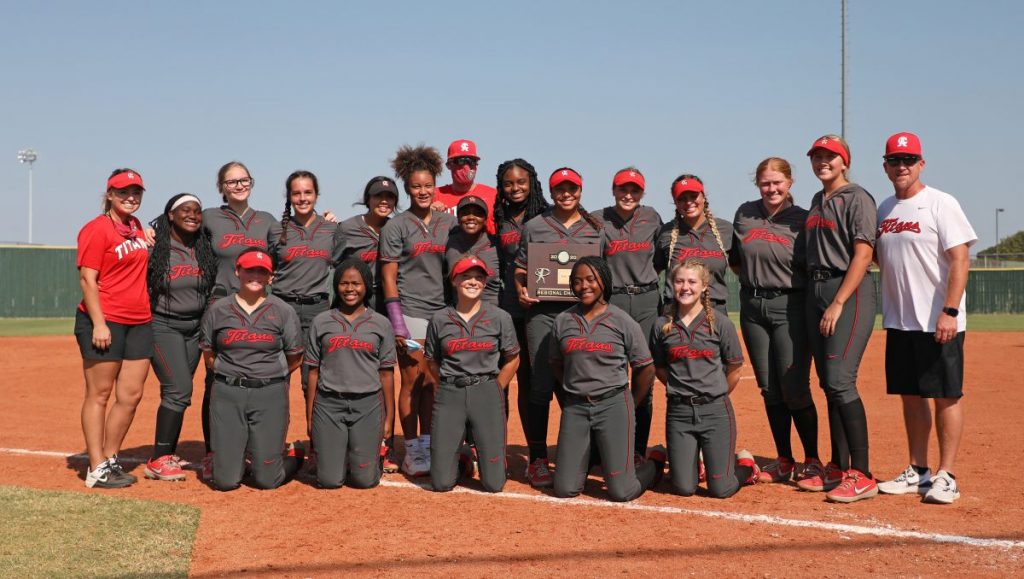 Titans to face Guymon in first round of state on Thursday

The cast has changed.

But the result was the same for the Carl Albert softball team.

The Titans advanced to Class 5A state tournament last Thursday with a 12-1 win over Noble in the regional finals at Carl Albert High School.

Carl Albert won all three games in the four-team regional tournament. They beat Ardmore and Noble in the first two rounds. On Thursday, they breezed by Noble again for the regional crown.

“We kept a positive mindset all year and winning the regional like this gives us a good feeling going to state,” said senior outfield Alexis Williams.

It is the school’s 12th consecutive state tournament appearance. Carl Albert was the state runner-up last year after winning back-to-back titles in 2017 and 2018.

While the Titans made it look easy at regionals, they had to adjust to a new lineup this fall. The team lost several players to graduation and then saw starters Aerin Talley and Ausha Moore go down with injury this season.

“Our team has looked a little different than we planned but we’ve had some girls step in and do a great job for us,” said coach Colin White. 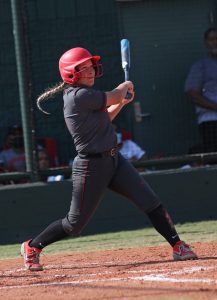 Carl Albert experienced some ups and downs in the regular season, but always came through in district games. They won District 5A-1 with a perfect 14-0 record in district play. That momentum continued with a sweep at regionals.

“Being able to replace seniors we lost last year, and the two starters we lost this year and still go undefeated in district and advance to state is impressive,” White said. “I’m really happy with what our girls have done.” 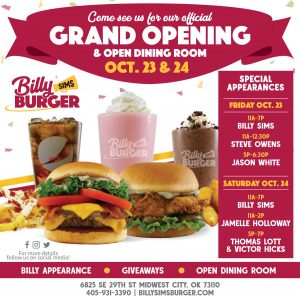 In the first game of regionals, Carl Albert topped Ardmore 11-1. Sophomore pitcher Marissa Frolich allowed just five hits and struck out six batters. She also helped her cause with three hits and four RBIs at the plate. Nia Long also drove in a pair of runs.

Carl Albert continued to roll with a 14-0 win over Noble in their second game of the day.

Frolich was again the winning pitcher as she tossed a one-hit shutout.

The Titans tallied 18 hits in the game. Abbey Rogers, Shelby Rusche and Long each had three hits. Jocelyn Harjo was 2 for 3 with a double and 3 RBIs.

On Thursday, Carl Albert scored 10 runs in the second inning and ran past Noble 12-1.

Frolich allowed three hits and no earned runs in the circle.

The OSSAA Class 5A fastpitch state tournament is set for Thursday, Friday and Saturday at ASA Hall of Fame Stadium in Oklahoma City.