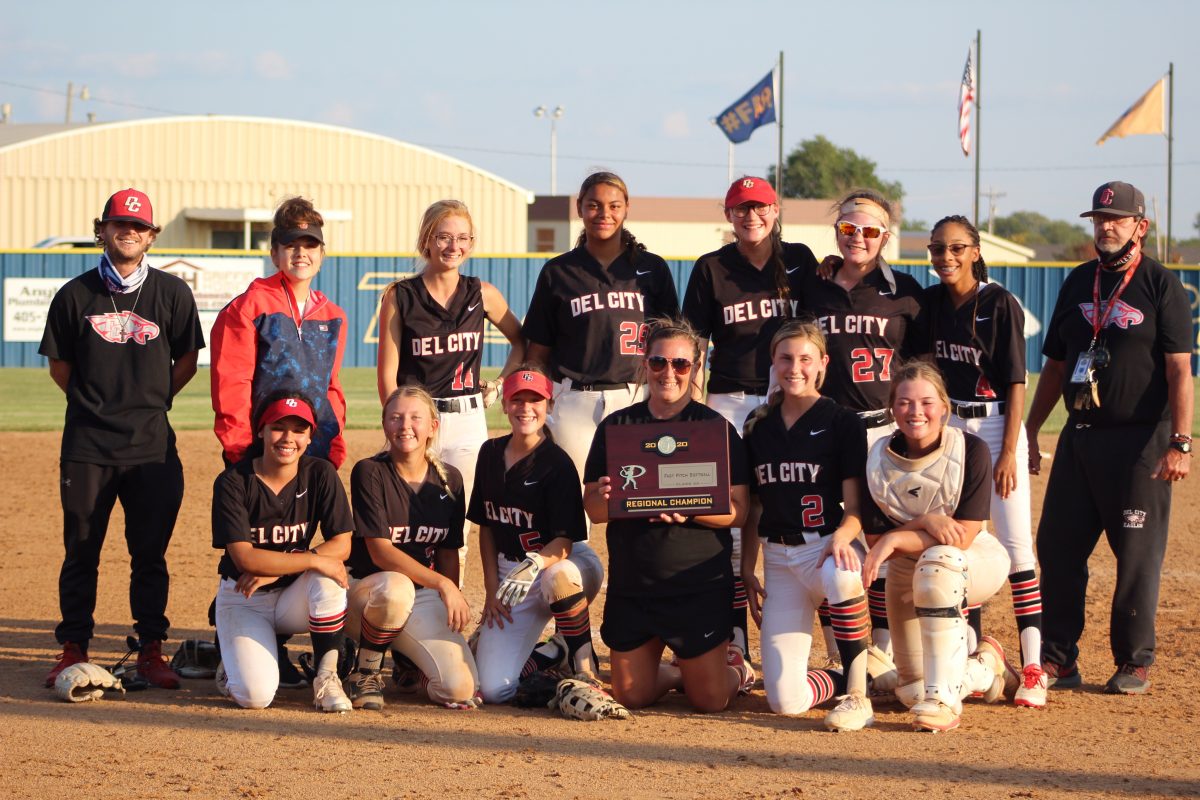 After 18 long years, Del City softball is headed back to the state tournament.

The Eagles snapped the drought with an incredible showing last week at the regional tournament capped by a 3-2 win over defending state champion Piedmont in the championship.

Del City scored three runs early in the game, but saw Piedmont pull within a run late. Senior pitcher Lauren Bratcher dug deep and retired the final seven batters in order to send the Eagles to the state tournament for the first time since 2002.

“We kept it to just two runs in the fifth inning,” Bratcher said. “And then in the seventh, I said okay we just need three more outs. And to get a strikeout on the last one felt amazing.” 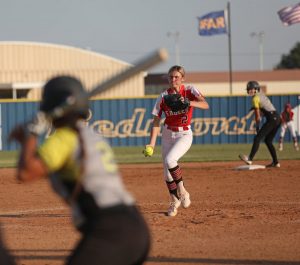 Del City lost their first game of the double-elimination tournament but roared back with four straight wins including back-to-back victories over Piedmont Friday on their home field. They also did so despite playing shorthanded. The team had just 10 players with a few girls out with injury and illness.

“We were down to 10 players, and our girls played fantastic,” said coach Gerre Griffin. “A lot of people said we’d never make it to state. But these girls stepped up at the right time of the year and I hope it carries on to the state tournament.”

The state tournament run marks and incredible turnaround for the Del City program. They won just four games in 2019 and finished the regular season with a 7-17 record.

“If you would have told me last year that we’d make state, I wouldn’t have believed it,” said junior Emily Scrimshire. “We all played our hearts out today. I have never seen us bond and play together so well like this. It was absolutely amazing.”

The Del City girls knew they had a talented group but developed a winning mindset this year with help their new coaches.

“I never would’ve thought I’d play in a state tournament in my career, but our coaches this year have helped us a lot,” said junior Taylor Mesna. “They helped us play together as a team and play with confidence.”

Del City opened the tournament with an 11-6 loss to Lawton MacArthur on Thursday. Freshman JuJu Johnson homered twice in the loss.

They bounced back later that day with a 14-0 shutout against Santa Fe South. Scrimshire was 4 for 4 with three RBIs. Bratcher allowed just two hits and struck out 9 in the win.

On Friday, Del City got a rematch with MacArthur in a semifinal elimination game. This time, the Eagles came out on top 11-3. They hammered the ball with 14 hits and got another lights out performance from Bratcher in the circle. The senior struck out 10 batters and surrendered one earn run. Scrimshire had a pair of doubles and three RBIs, Brooke Gaines drove in four runs and Mesna had three hits.

“At first, I didn’t think we could make it this far, but we started to get momentum and believed we could do it after every win at regionals,” Johnson said.

With the win, Del City advanced to the championship against host Piedmont, which had not lost a tournament game.

The Eagles kept rolling with a 4-0 win over the Wildcats to force an “if necessary” game in the regional.

Del City grabbed the lead in the top of the fourth when Scrimshire doubled to center field, scoring Fowler. They added three insurance runs in the sixth. Johnson hit an RBI single and Bratcher brought two more with an RBI triple to right for a 4-0 lead.

Bratcher sealed the win with two more scoreless frames. She allowed just one base run the rest of the way and got back-to-back strikeouts to end the game.

In the final game, Del City scored all three runs in the first inning. Bratcher scored Fowler with a sacrifice fly. Gaines followed with a two-run single to left, scoring Mesna and Johnson for a 3-0 lead.

Piedmont got on the board with two runs off errors in the bottom of the fifth, making it a 3-2 game.

Bratcher wouldn’t let them get any closer.

“I was getting so stressed because the game was really close,” Fowler said. “When she (Bratcher) threw that last pitch for a strikeout it all set it that we’re finally going to state.”

The OSSAA Class 5A fastpitch state tournament is scheduled for Thursday – Saturday at the OSSAA Hall of Fame Stadium in Oklahoma City.