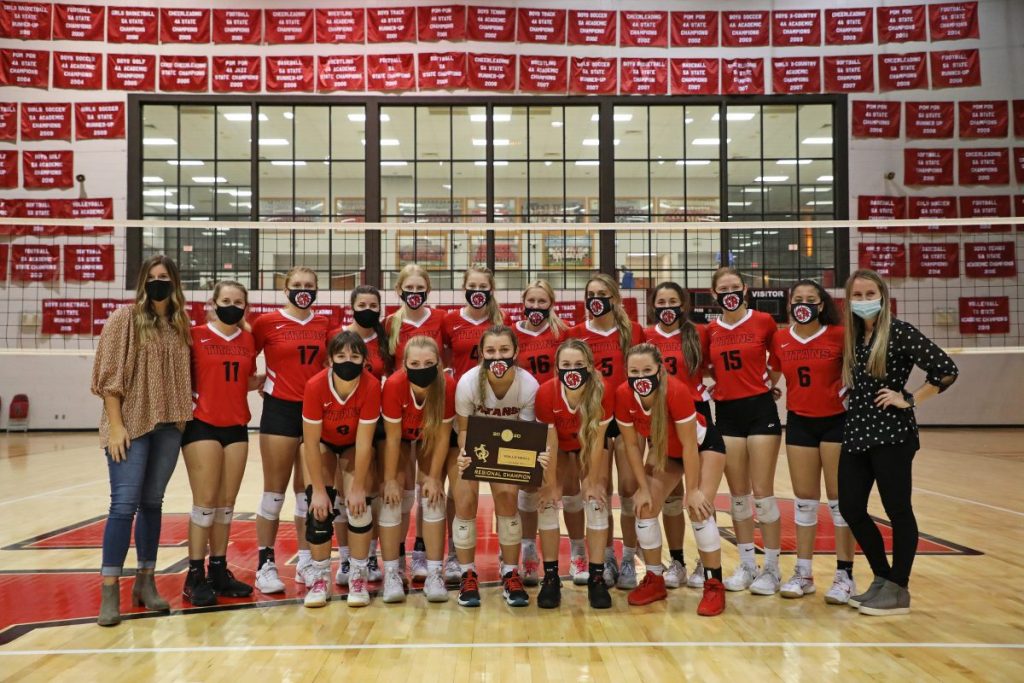 Carl Albert advanced to the Class 5A volleyball state tournament for the third year in a row. (Photo by Jeff Harrison) 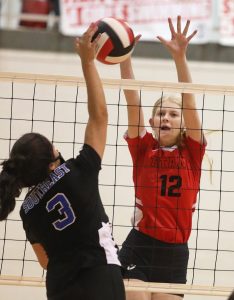 The No. 5 Titans (18-8) beat Lawton Eisenhower and Southeast on Oct. 12 both in straight sets to win the regional title and advance to the Class 5A state tournament.

“Our girls came out ready to win and it really showed,” said coach Hayden Robbins.

It is the third consecutive year that Carl Albert has qualified for the state tournament. The team is looking to make a deep run after losing in the first round the past two seasons.

The 5A state tournament is scheduled for Monday at Shawnee High School and Tuesday at Choctaw High School. The Titans will face No. 4 Skiatook (19-14) in the first round at 11:30 a.m. Monday. The winner plays No. 1 Victory Christian/No. 8 Glenpool at 5:30 p.m.

Carl Albert lost their only meeting with Skiatook this year, falling 2-1 in the Carl Albert Tournament on Aug. 21.

Other first round matchups at the 5A state tournament include No. 3 Coweta/No. 6 Sapulpa and No. 7 Lawton MacArthur/No. 2 Mount St. Mary. The championship is set for 7:30 p.m. Tuesday at Choctaw.

At the regional tournament, Carl Albert faced Eisenhower in the first round. They had little trouble against the Eagles, winning 25-3, 25-9, 25-7. Nina LaValley had 10 aces and Madison 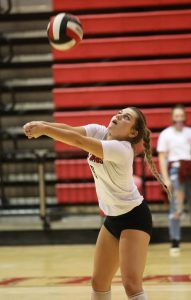 Marlee Hunter sends the ball over the net against Southeast. (Photo by Jeff Harrison)

Stuart added 10 kills in the win.

Southeast beat McAlester in five sets in the other semifinal match.

Carl Albert needed only three to top the Spartans.

Things started out a little rocky as Southeast opened with a 5-2 lead in the first set. Carl Albert quickly regrouped and took the opening set 25-15.

“I think they still had some nerves since it was the regional championship, but I told them it’s only 5-2 and there’s nothing to worry about. Then they chilled out and played their game.” Robbins said.

Southeast used their strong back row defense to challenge Carl Albert. Still, the Titans won the second set 25-16 and picked up the pace in the third for a 25-11 win.

Kaylee Goggans led with 8 kills and Willow Roe had 11 assists against Southeast.