A former Carl Albert High School band teacher received a suspended for soliciting sex from what he thought was an underage girl.

Jason Ott, 34, was sentenced to 10 years for making lewd proposals to a child under 16, and soliciting a minor through technology and violating the Oklahoma Computer Crimes Act.

Oklahoma County District Judge Amy Palumbo suspended all but the first six months of the sentence. Ott will have to serve time in the Oklahoma County Jail, and will not receive credit for time served, according to the order.

The judge issued the ruling at an Oct. 12 sentencing hearing.

After completing the sentence, Ott will be supervised by the Department of Corrections for 9-12 months. 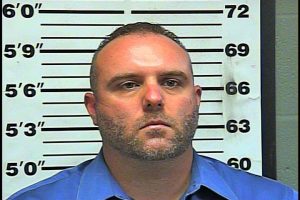 Ott entered a blind guilty plea on both charges on June 24. In the plea, Ott admitted to using technology to make a lewd and indecent proposal to what he thought was a 13-year-old child. The incident took place between Feb. 23, 2018 and March 8, 2018.

Ott was an assistant band director at the time of the incident. Authorities said he made contact through social media with an undercover agent from out of state posing as a young girl.

An Oklahoma State Bureau of Investigation agent posing as a 13-year-old girl coordinated with Ott to meet at Quail Springs Mall on March 8, 2018. Ott came to the mall about noon that day where he was arrested.

According to Mid-Del Schools, Ott was hired by the district in August of 2017 and had completed all state required background requirements. He did not have any prior felonies.