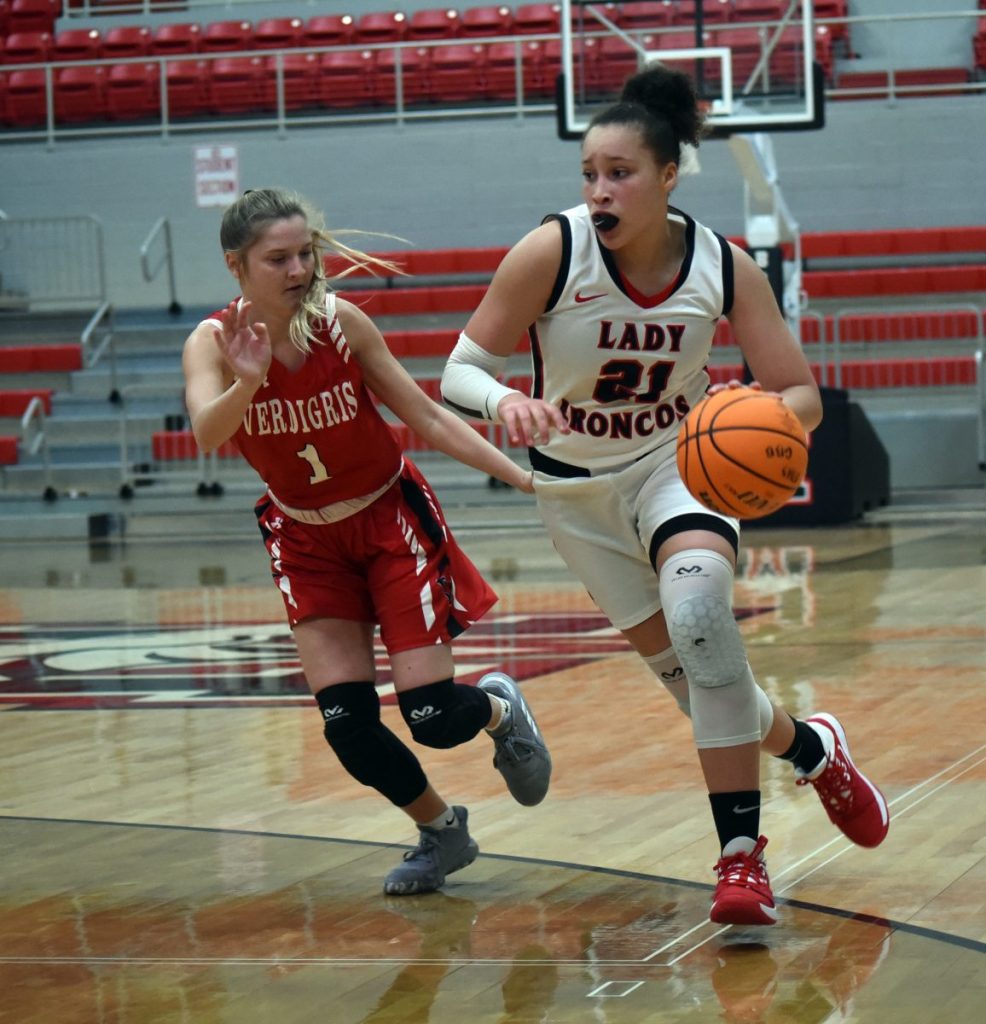 Last season the Mustang girls basketball team were just nine points away from advancing to the state tournament. The Lady Broncos lost to Sapulpa 66-57. This year they again have their hopes set high, as the goal is to win a state championship.

Mustang returns four of its starters from last year’s squad. All four of those starters are also listed in the “Vype Top 100”, which are the rankings for the top players in Oklahoma.
Leading scorer Jaki Rollins gets a chance to be a star for the Lady Broncos again this year, as she averaged 10.7 points per game last season. Jaki also recently received an offer from Drury University.

This offseason coach Katie Bass made her team work extremely hard as she always does. The team lifted weights 4-5 times during every week, and they would practice everyday for at least two hours.

“Practice needs to be harder so games can be easier,” Bass said.

This year’s team clearly has all the pieces to make a run at the state title. They begin the journey Friday night at home against Edmond Santa Fe.