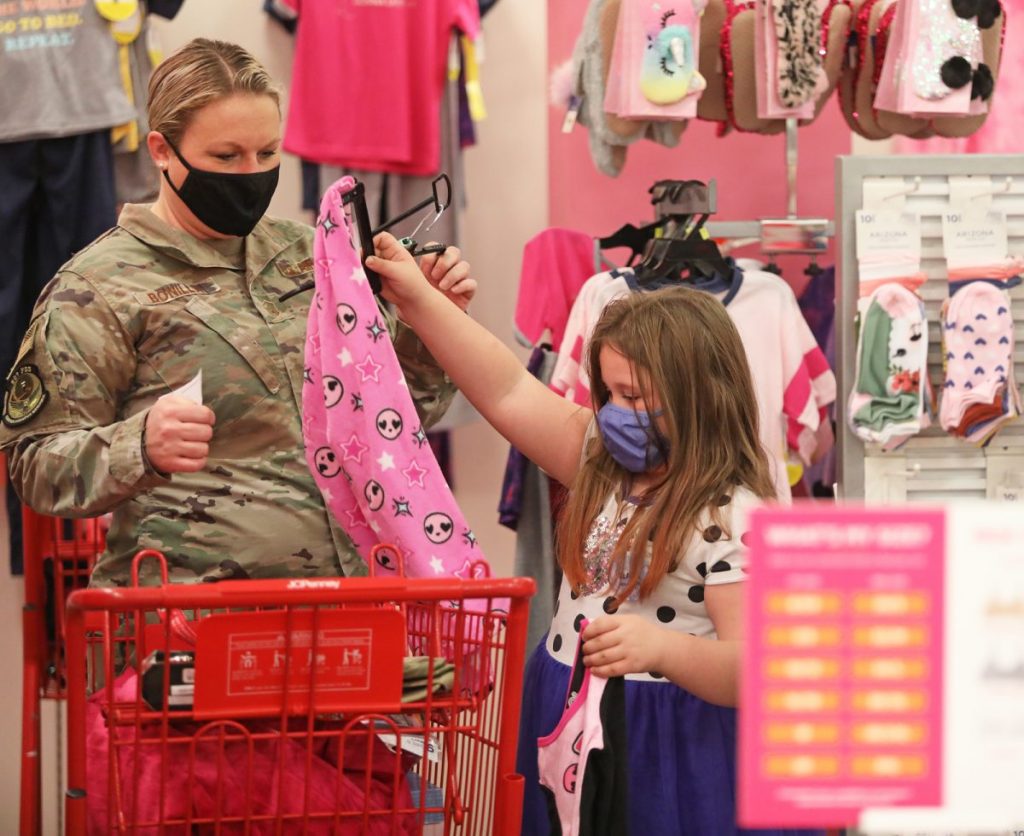 MOORE – Many popular holiday events and traditions have fallen by the wayside this year.

But the Tinker Air Force Base’s Clothe the Children program was not one of them.

Employees continued a longstanding tradition by treating children at Mid-Del Schools with a holiday shopping trip on Friday morning.

A record 40 children from each of the 15 district elementary schools took part in the event. Each child had $150 to spend on clothes. Before shopping, students received breakfast from Boomerang Diner. 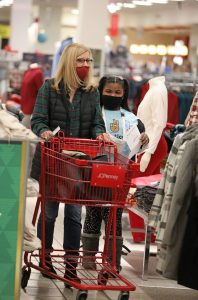 The event is organized by Tinker’s Commercial Derivative Aircraft Division office. Normally, the 200 employees, both civilian and military, raise money throughout the year to help local children. Due to the coronavirus, the group’s fundraising efforts were put on hold. To keep the program running, the employees relied on donations.

“We’ve been doing this for 29 years and this year it was kind of a last minute scramble to get money and volunteers together, but everyone has been very giving and generous,” said Rachel Ridlen, who organized the event. “We’ve had a great turnout and we were able to clothe 40 kids this year and that is a record year for us.”

Superintendent Rick Cobb was pleased the Tinker employees, J.C. Penney’s and school were able to overcome challenges and continue the heartwarming tradition.

“I’m happy we’re still able to have this. It says a lot about everyone and their commitment to the community and to the kids,” Cobb said. “Seeing the kids get off the bus and come in here and shop is really great. The kids, the counselors and everyone involved really enjoy this.”

John Woody-Kirkwood was one of several Tinker employees who helped shop with children on Friday. He has taken part in similar efforts through Shop with a Cop, but this was his first time at the Tinker event. He said he had a lot of fun helping Andrew find a couple of new outfits, shoes and a shirt for his mother.

“He didn’t have a clue what he wanted to look for but we found a couple of new outfits,” Woody-Kirkwood said.

Woody-Kirkwood said he’s always astounded at the generosity and selflessness of children.

“It’s amazing how much they think about others before themselves,” Woody-Kirkwood said. “They look at things for their mom or dad instead of thinking of themselves.”

Clothe the Children started in the early 1990s after a Tinker employee saw a young boy walking to school without a coat. After seeing the same child several times, the employee bought a coat and tried to give it to the boy. But the scared child wouldn’t accept it. The employee shared his experience with his co-workers and they decided to start the event, a tradition that continues to this day. 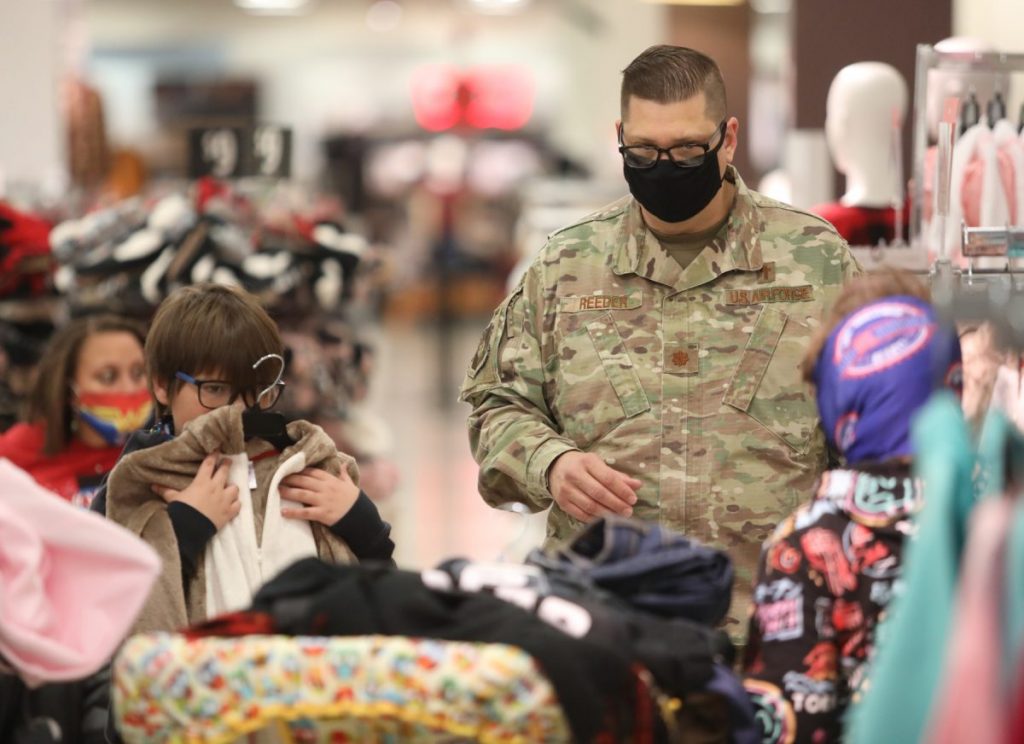