The UCO Bronchos are ranked second in the nation in NCAA Division II Wrestling, fortified heavily by former Tuttle Tigers.

The team includes freshmen Brady Dearmond, Ryder Ramsey, and Garrett Steidley, all of whom graduated from Tuttle last year.

Tuttle alumnus Dayton Garrett is a senior, but has been a leader for the team since joining UCO’s ranks two years ago when he was a sophomore.

Tuttle has been bolstering the Bronchos roster evenbefore Dearmond, Ramsey, Steidley, Farrell, Filippo, and Garrett suited up as Bronchos.

Garrett said Blake Dauphin and Dakota Head, both Tuttle alumni as well, were on UCO’s team when he came back to Oklahoma, and “it was cool to reunite with them as well.”

Between the six Tuttle-trained wrestlers currently there, they won 10 state championships for the Tigers. Now, they’ve joined forces with other beast wrestlers who want to win UCO its first national title in quite some time.

Garrett stepped into a leadership role as soon as he joined UCO’s ranks.

“We were really starting a rebuild, and they brought me and Heath Gray in the same year,” Garrett said. “He is now an All-American. We both kind of helped establish a new culture and became leaders way back then, even though we were just sophomores.

“We have had some great seasons the last couple years too. Last year, we were ranked Top 5 in the country after taking third atNational Duals. I really think we had a great chance to win Nationals. However, COVID ended the season the day before nationals and I was also sitting at home just off ACL surgery. I think everyone kind of wants to count UCO out because we haven’t won a title in a while.

“They woke us up, and we have the guys to go win it all this year. They have us at No. 2 in the country right now, and I don’t see anyone getting in the way of our goals to win Nationals, and bring it back to Edmond, Oklahoma.”

UCO has its Bronze and Blue dual coming up Sunday at the Hamilton Fieldhouse, less than an hour away from Tuttle. That will be the Bronchos’ first home match.

For more information about the team, including a schedule, roster, and full bios for each wrestler, go online to bronchosports.com. 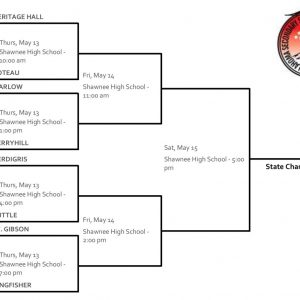 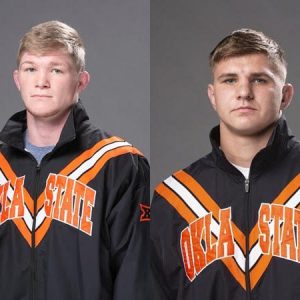