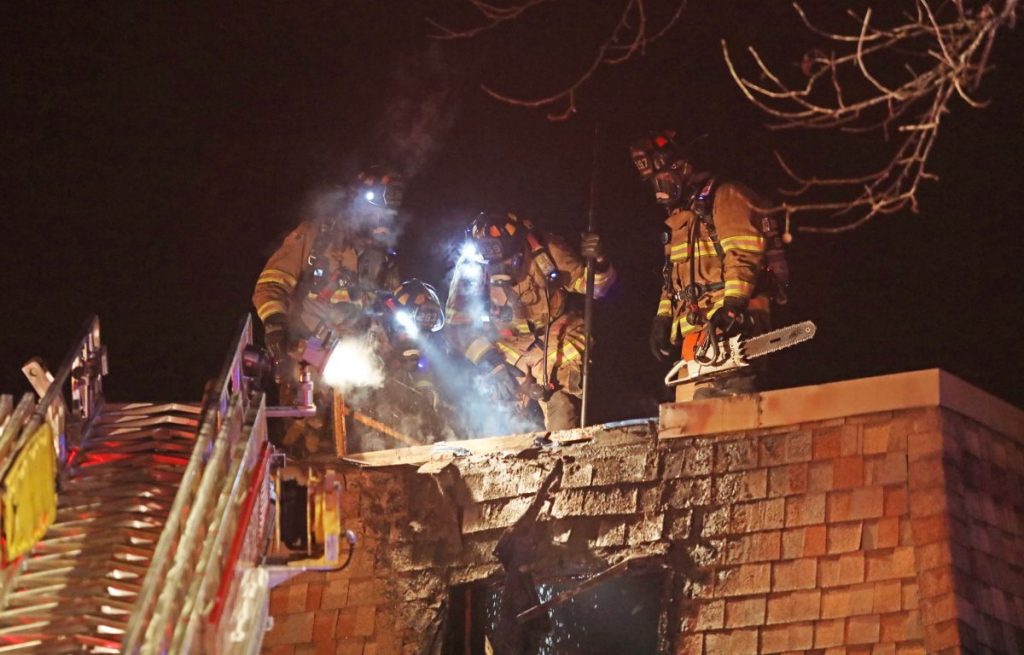 Midwest City firefighters work to extinguish a fire at the Meadowood Village apartments on Jan. 4. (PHOTO BY JEFF HARRISON)

About 6:45 p.m. residents called 911 about the fire. Everyone was able to get out of the building safely. When firefighters arrived, flames were coming from the second-floor apartment.

Maj. David Richardson said crews quickly knocked the fire and prevented it from spreading to other units. Fire officials determined the fire was caused by improper use of an electrical device or electrical cord.

It was the third fire at the Meadwood Village complex in the past three months. Richardson said all three incidents were a result of the occupants and not the property.

“Some people have called wondering what is going on, but these are coincidental,” Richardson said. “They have all been occupant-related it’s nothing to do with the safety of the buildings.”

On Oct. 8, firefighters responded to the apartment complex about a fire on the outside of the building. Firefighters believe the fire started near a grill on an outdoor patio and caused a propane tank to explode.

Crews were called back to the residence on Dec. 20 about a fire in a bedroom. Richardson said the fire was believed to be caused by an electrical device.