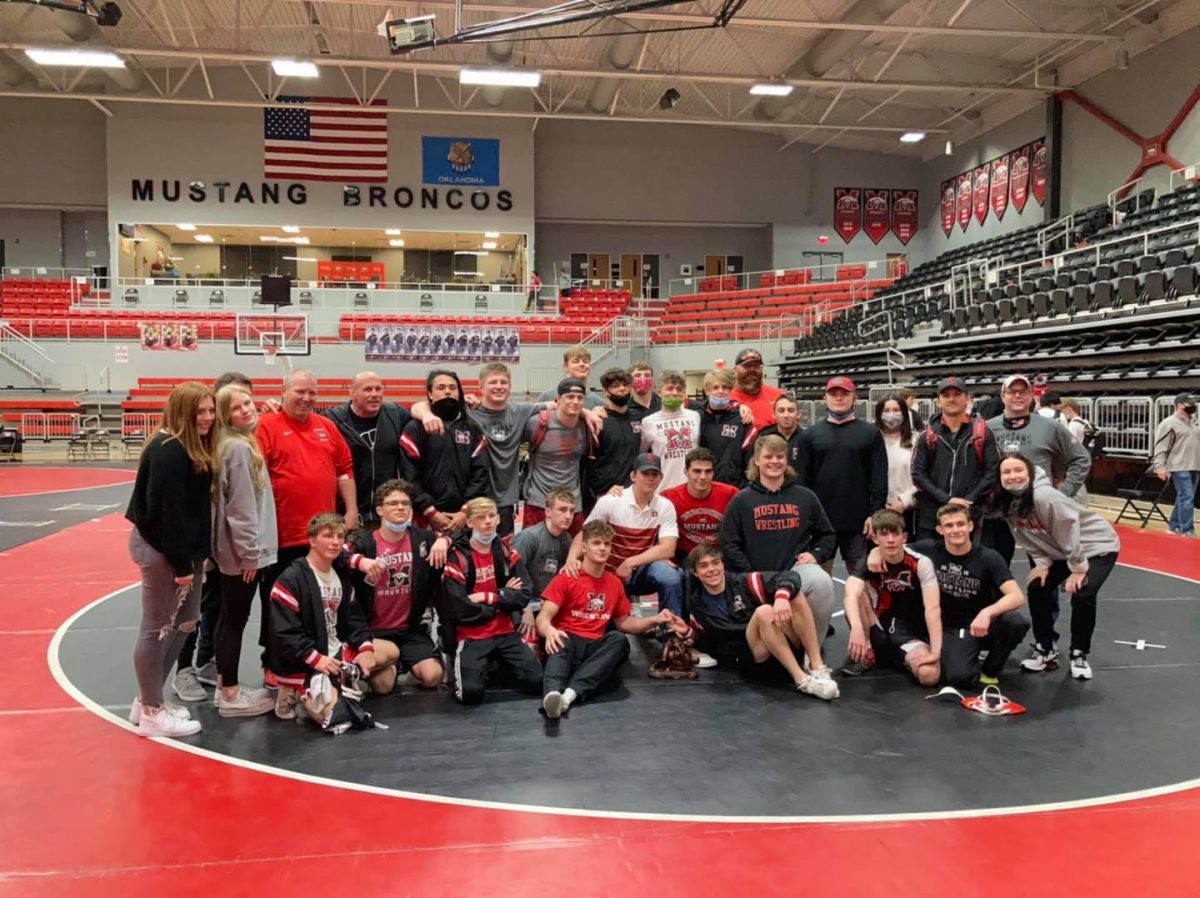 The No. 2 Mustang Broncos hosted the Mustang Invitational Dual Tournament on Saturday. The field included the top-ranked 4A team in Tuttle, 3A #2 Comanche, 5A #3 Duncan, 5A #8 Piedmont, Lawton MacArthur, 6A #5 Choctaw and 6A #7 Edmond Memorial.

Mustang bounced back from a tough dual loss to 6A #3 Broken Arrow on Thursday by dominating their way to the finals of the tournament. Mustang tore through the first three rounds, winning each dual by at least 36 points. In the first round, Mustang took down Piedmont 65-7. In the second round they dominated again, this time cruising past Duncan 63-6. Mustang then followed that up with a 51-15 victory over Edmond Memorial to earn the first seed in Pool A.

Tuttle, similar to Mustang, dominated their pool as they defeated MacArthur 80-0, Comanche 66-6 and Choctaw 40-21 to become the top seed in Pool B. Mustang’s and Tuttle’s dominance put them on a collision course to meet in the tournament finals.

Mustang earned their way to the championship dual with yet another dominant victory, this time over Choctaw 50-18. Mustang would then finally face off with Tuttle, winning the tournament with a 41-25 victory and moving to 8-1 on the season in duals.

Head Coach Brian Picklo was impressed with his team’s bounce back performance during the tournament after the loss to Broken Arrow on Thursday.

“We had a team meeting about what our expectations are despite having some guys out of the lineup and the guys responded. That was the best thing about losing to Broken Arrow, that gave our kids an opportunity to grow and to get better and get a little more mentally tough and just decide. All it was was a decision to wrestle their best and not be hesitant, not wrestle with any type of trepidation. They went out and just got after it,” said Picklo.

“It was a team effort and if we are going to win a state title as a team, it’s all about the team. We had some of our backups in and those backups came through for us. So, I think it was pretty impressive that we had five kids go undefeated and the all-around team effort, to me that was the stand-out thing,” Coach Picklo said.

Next up, Mustang travels to Southmoore for the COAC Conference Tournament on Friday and Saturday.