The YES votes continued a long history of not raising taxes, while improving bandwidth for all local schools. 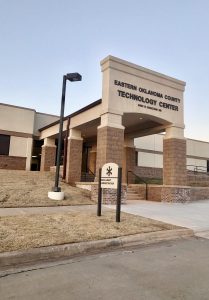 Due to decreasing technology costs, EOC Tech Center’s new bond issue amounts to $730,000 for a period of five years. The expiring bond was for $760,000.

Local education officials say the bond issue will allow to better service for area students, and would not raise the area’s property taxes.

In 2001, voters supported local schools when they passed a bond issue that funded distance-learning services at EOC Tech and established high-speed internet for all public schools in Choctaw, Nicoma Park, Jones, Harrah and Luther.

Voters supported eastern Oklahoma County schools for a third time in 2011 and doubled bandwidth from 10 megabits to 20 megabits.

Last Tuesday voters in all EOC Tech school districts had the opportunity to weigh in on the fifth installment of the bond. While voter turnout was low, nearly 79 percent of electors opted to renew the bond. 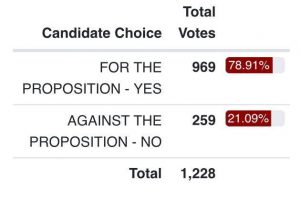 For more about EOC Tech visit their website EOCTECH.EDU