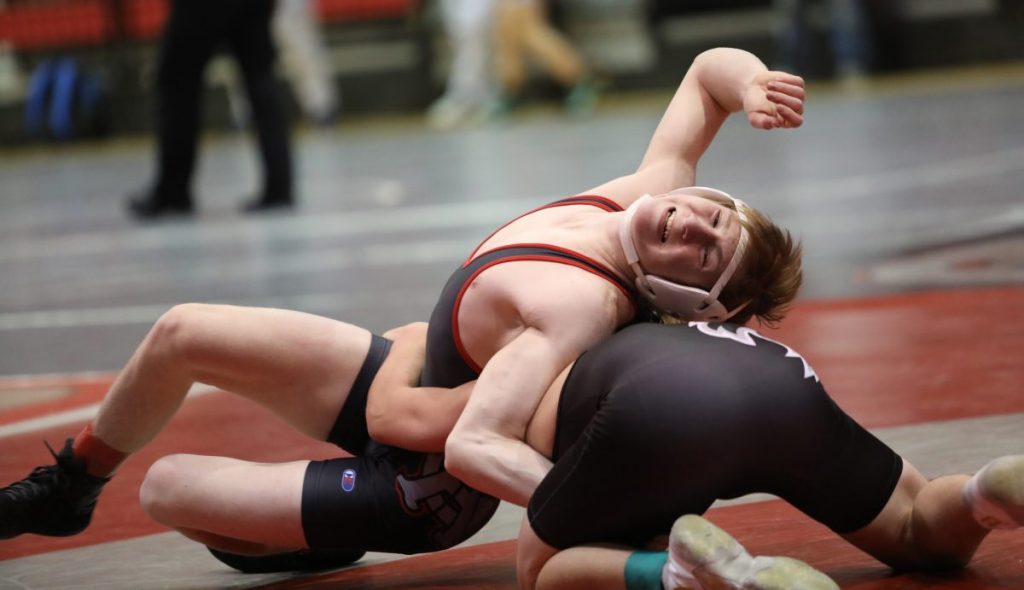 At least one wrestler from each school reached the tournament finals during the two-day event.

The host Titans had eight placers at their tournament – half who placed second at their weight class, Del City finished with four and Midwest City had three placers.

The tournament included several of the top 5A schools. 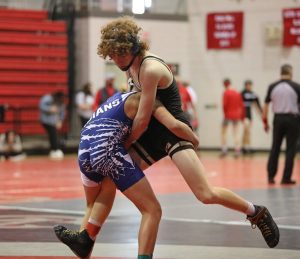 Gober opened the tournament with wins over McAlester’s Zach Vaughn (11-1 major decision), and Braden Hall (8-4), before facing Glenpool’s Mike Edwards in the finals. Edwards took the title with an 11-6 decision.

Nathan Sutterfield pinned his first two opponents, but lost to Glenpool’s Gus Edwards in the finals, 6-4.

Jones also won his first two matches, including a fall against Brayden Nelson of Glenpool. But he was later pinned by Cory Hicks of Durant in the 160-pound finals.

Alex Sutterfield dominated at 182 pounds. He racked up two falls and a major decision on his way to the finals. But his run to a title stopped with a 5-3 loss to Sam Anderson of Shawnee.

“We were really pleased with how we wrestled over the weekend,” said Carl Albert coach Curt Hodges. “The medal matches, we were looking for better results, but we just needed to be more offensive early in those matches and get our takedowns going. The tournament always gives us an idea where we are against other Class 5A teams and we are in a good spot moving forward to Regionals.”

“Our girls, Rachel Gober, Janelle Lynch and Sarah Flemming got several matches in the tournament as they prepare for Girls Regionals on Feb. 8,” Hodges said. “They are practicing just like the boys working hard every day and we are super proud of them for their efforts.” 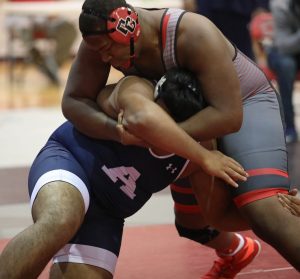 After a forfeit in his first match, Nash beat Tag Ensey of Duncan in the semifinals. But Nash couldn’t pull out the gold medal as he was pinned late in the first period by Cash Donnell, of Piedmont.

Midwest City brought home three medals, led by Kaleb Kerr’s runner-up finish at 113 pounds. Kerr tore through the field with three falls in his first three matches. But he couldn’t pull off the same result in the finals, as he was pinned midway through the second period.

Jazen Brown also got off to a hot start with two falls in his first two matches. His path to the championship was derailed by a 12-7 semifinal loss to eventual champion Connor Riddles, of Duncan. Brown bounced back with another fall and a 10-2 major decision win over Piedmont’s Alan Flores to finish third.

Senior Jamie Watts took fifth place at 170 pounds. He finished with a 4-2 record including three falls.