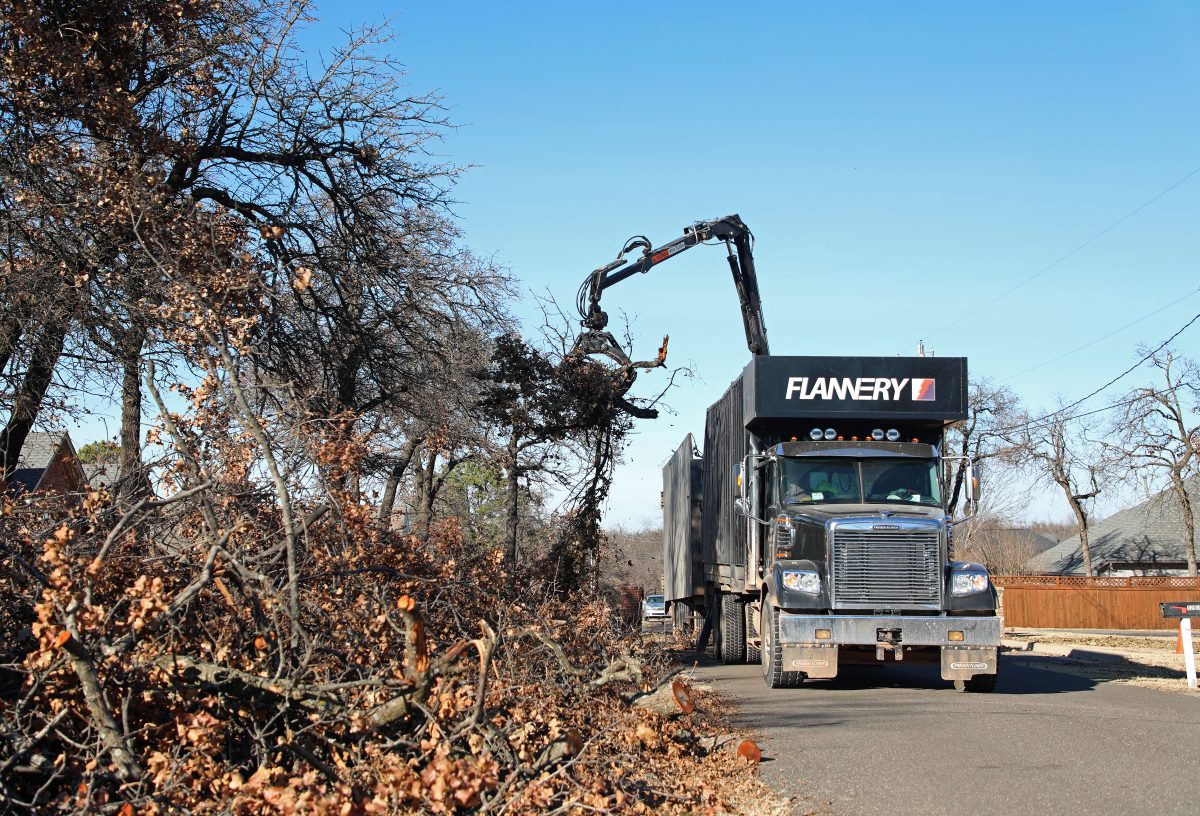 Crews collect branches and debris along Caldwell Drive last week. Midwest City officials say the cleanup from the late October ice storms is about 75% complete. They expect the cleanup to be completed by early February. PHOTO BY JEFF HARRISON

Midwest City officials estimate they have completed about 75% of the cleanup from recent ice storms and hope to have the effort finished by early next month.

“Our goal is to complete the second pass of the cleanup by Feb. 8,” said Paul Streets, public works director. “We will go to every single mile two times.”

Midwest City contracted with Silverstar Construction for the cleanup effort. The city has had the contract in place for several years which allowed crews to respond quickly. Silverstar offers emergency cleanup and street repairs.

“Vaughn Sullivan (assistant city manager) put that contract in place during a previous ice storm and that was great foresight and planning on his part,” Streets said. “Silverstar is a fantastic contractor. I can’t imagine working on a large-scale cleanup without them.”

The October ice storm caused extensive damage to trees, utility lines and properties in central Oklahoma. Many residents were without power for more than a week.

Crews started shortly after the storm hit and have been working diligently to clean up the mess of branches and debris. Streets said they haven’t had many issues in the cleanup. They did take off two week during Christmas and New Year’s.

“We have had some weather delays and some issues with people parking cars in front of a pile of debris, but overall we’re in pretty good shape,” Streets said.

The storm cleanup is a costly endeavor. As of Jan. 12, the city has spent about $4.5 million for the cleanup and officials expect that number to continue to grow. Streets said the city will be reimbursed by FEMA for about 75% of the expenses.

Each cleanup crew is accompanied by a city employee who monitors the cleanup process and documents the debris.