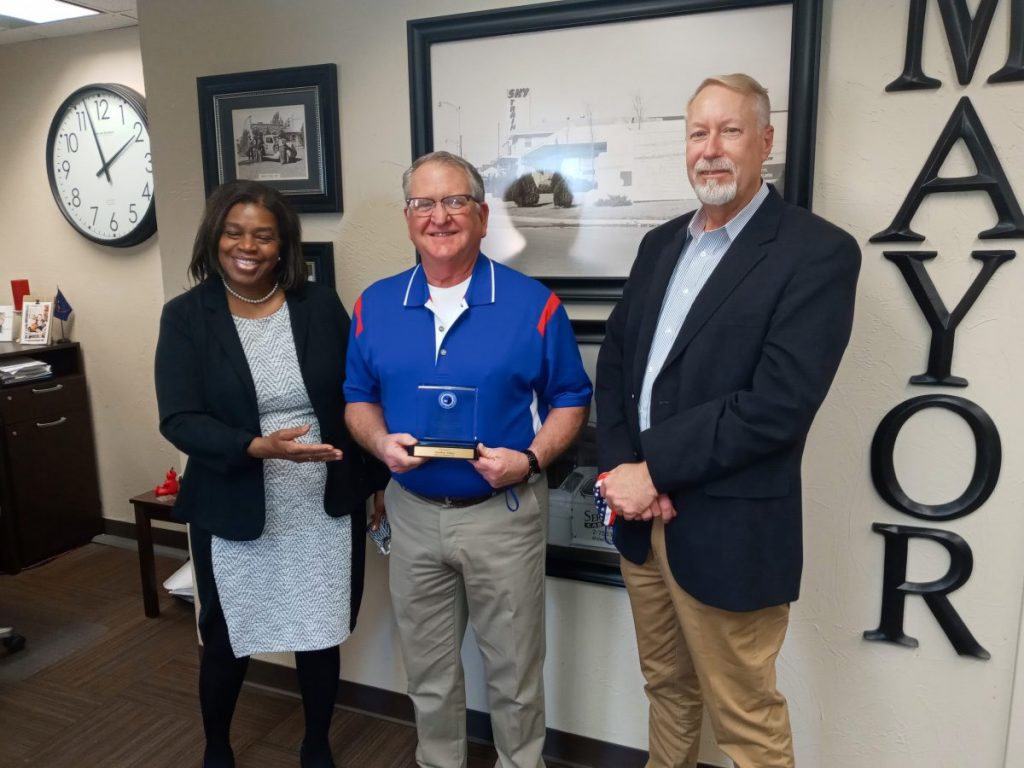 But it didn’t prevent residents from honoring the Civil Rights leader.

Instead of hosting the in person gathering, event organizers presented the program through a radio broadcast. The radio program was aired on 1220 AM.

As customary, the event included playing of Dr. King’s “I Have Dream” speech that he delivered during the March on Washington for Jobs and Freedom on Aug. 28, 1963.

One of the highlights of the annual prayer breakfast is presentation of the Clara Luper Award. This year’s recipient was the late E. Melvin Porter. 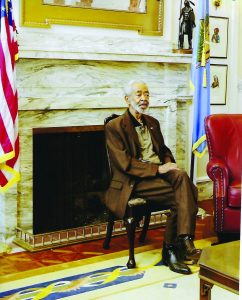 The late E. Melvin Porter was selected as the Clara Luper Award winner during the Midwest City Dr. Martin Luther King Prayer Breakfast on Monday. Porter was Civil Rights leader in Oklahoma City and was the first African
American to serve in the Oklahoma State Senate. (Photo provided)

Porter was an esteemed Civil Rights attorney, politician, and Oklahoma City NAACP president. He was the first African American to serve in the Oklahoma State Senate.

Born in Okmulgee on May 22, 1930, he served in the U.S. Army before attending Tennessee State University. In 1959 he graduated from the Vanderbilt School of Law. In 1960 he passed the Oklahoma Bar Association examination and established an office in Oklahoma City.

The award was accepted by Porter’s son, fellow attorney, and Judge – Joel Porter. The younger Porter thanked the committee for honoring his father.

“I’m sure he’s looking down, smiling and thanking you from the bottom of his heart and probably telling that he did it all out of love,” Joel Porter said.

Mayor Matt Dukes also spoke during the program. He said while this year’s event “has a different feel” due to COVID restrictions, he said it is important to honor and remember the life of Dr. King.

“Especially these days and times, we could learn a lot from how he brought this nation together, combated racism and promoted equality for everyone,” Dukes said.

Kayla Hatchell, youth President for Dear JON (Justice or Nothing), also reflected on Dr. King’s message and how it can be applied today.

“He told us that through love, change can be made,” she said. “So when I see injustice occur, I must heed the words of Dr. King that “Hate cannot drive out hate. Only love can do it.”

Hatchell is bilaterally hearing impaired, a straight A student in the Edmond School District and on the path towards Civil Rights/Environmental Law with a minor in Aerospace Technology. She serves as an advocate for children in the foster care system and for children with disabilities

The prayer breakfast committee also awards scholarships to local students each year. The committee is still processing the applications and plans to announce the recipients soon.