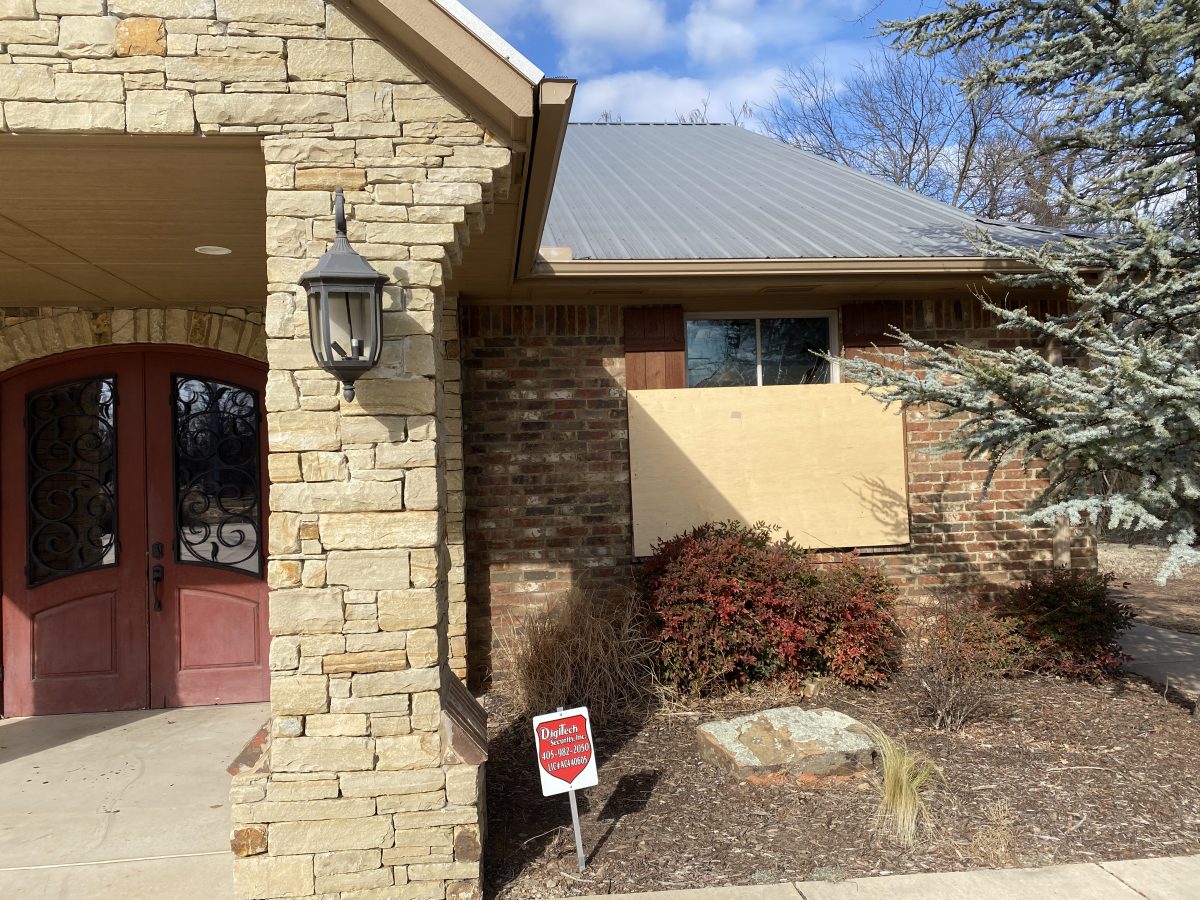 Midwest City police are investigating a recent break-in at the fraternal order of police lodge.

A burglar allegedly smashed two porch lamps near the front door and broke a window on the south side of the building, said Assistant Police Chief Sid Porter. Police do not believe the suspect took anything.

“It looks like someone tried to get in, but doesn’t look like they were successful,” Porter said. “We think the person may have been scared away by the alarm or they may have cut themselves on the glass.”

An officer spotted the broken window at 8705 SE 15th Street about 8 a.m. on Dec. 30. Police believe the break-in happened the night before or early that morning.

Damage to the window and lights are estimated at about $1,000.

Porter said they found blood on a table inside the lodge and other evidence. He said they have not made any arrests in the case.