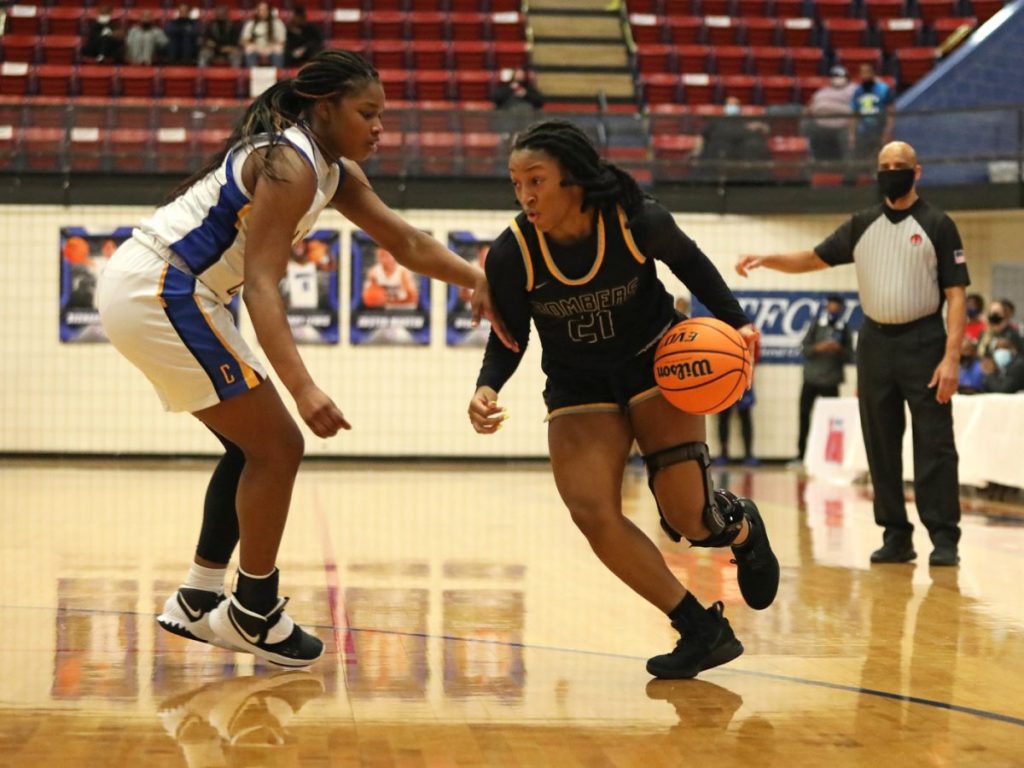 MOORE – The Midwest City girls bounced back from a semifinal loss to finish third at the John Nobles Invitational Tournament Saturday at Moore High School.

After being held to only 39 points in a loss to Classen SAS on Friday night, the Bombers exploded Saturday afternoon with a 71-41 win over host Moore.

Four players were in double figures scoring led by Kennedi Grant with 17 points. LaTasha Mitchell scored 12 and Blesseth Dillingham and Amber Guy had 11 points each in the win.

Coach Megan Maloy said she was pleased with her team’s resiliency against a tough slate.

“We were battled tested this weekend by three very tough opponents and never gave up,” Maloy said. “Every game we are continuing to get better and it’s showing.”

Midwest City opened the tournament with a 52-34 win over Norman North on Thursday.

The game was tied 22-22 at halftime. Midwest City led by a point at the end of the third before pulling away in the fourth quarter. The Bombers outscored the Timberwolves 22-5 in the final eight minutes. Dillingham scored 8 points and Taniyah Looney had 6 in the final quarter.

The Bombers trailed much of the night and tried to rally late. Dilligham hit a pair of 3-pointers early in the fourth and Douglas added a free throw, pulling them within five points at 38-33. But the Comets wouldn’t let up the lead.

Dillingham led with 11 points in the loss.

That defeat sent the Bombers to the third-place game, where they routed Moore 71-45.

Midwest City is scheduled to travel to Enid on Friday night.