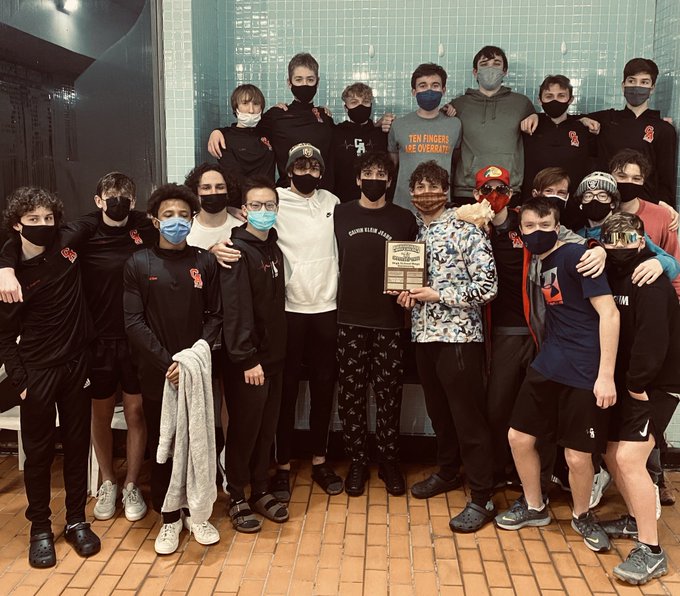 Carl Albert is again the team to beat in the Suburban Conference.

The Titans won the boys conference championship and broke three records, while the girls finished second at the Jan. 26 swim meet at Harrah High School.

Carl Albert took first place in seven events and needed all of those points to hold off Shawnee for the boys title. The Titans edged the Wolves 384-377.