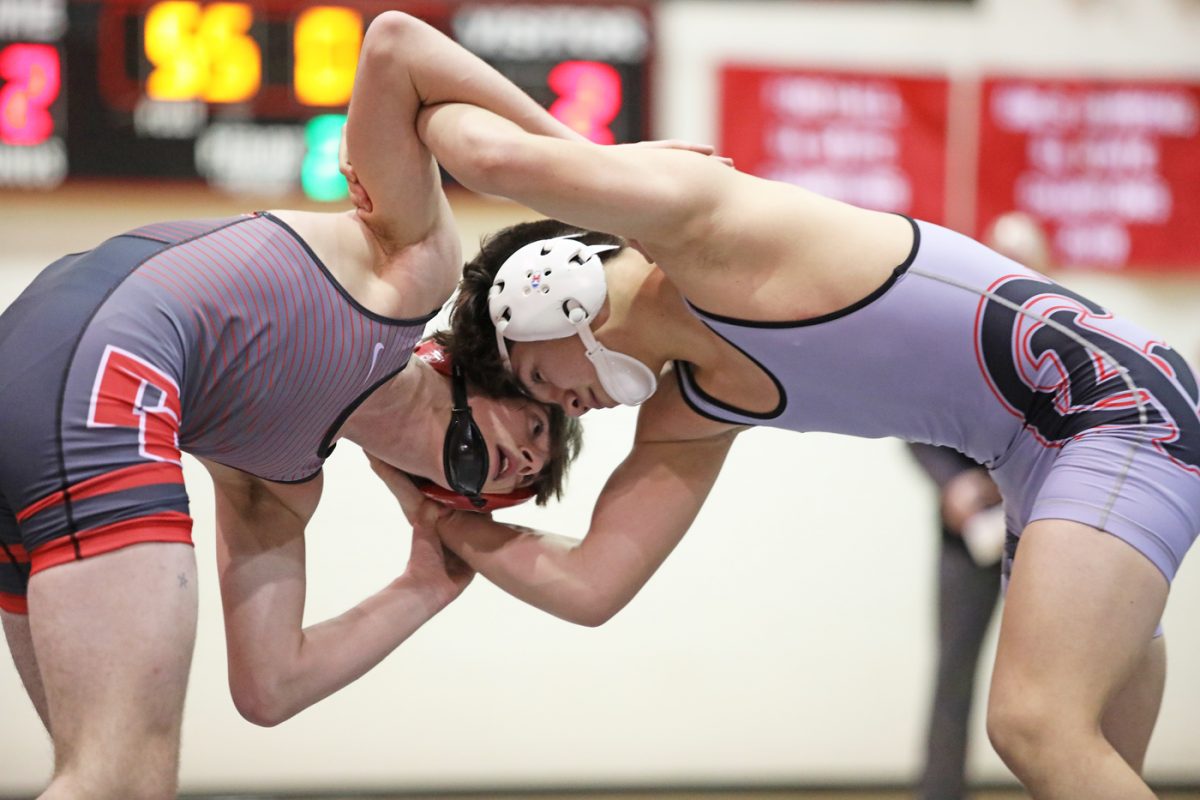 Loud cheers rang out from the stands as senior Will Batts took the mat for the final time at Carl Albert High School last Thursday night.

But he made sure they didn’t last long.

Thirty seconds to be precise.

That is all Batts needed to pin his opponent in a senior night win over district rival Del City.

“I have the best fan base in the business,” Batts said after the dual. “My family and teammates all get behind me and that gives me a lot of motivation going into matches.”

The Titans roughed up a short-handed Eagles squad in a 63-15 victory.

Carl Albert won all but one of the contested matches including three by fall. Kasen Miller (120), Alex Sutterfield (182) and Batts (220) each won by fall, and Logan Bibb (145) won by decision.

Miller scored three takedowns and a nearfall in the first period before finally pinning Syrus Williamson with 34.2 seconds remaining in the period.

Batts got a takedown early and pinned Darreyl Thomas just 30 seconds into the match.

Bibb took a more methodical approach in his match. The senior scored a takedown in each period for a 6-0 win over Jo’Quan Howard.

Coach Curt Hodges was pleased with his team’s effort and intensity.

“It’s unfortunate circumstances that Del City is short on some guys, but I’m really happy our seniors came out with some wins,” he said. “And we came out with more fire and intensity than we did the other night against Ada.”

Del City forfeited half of the matches. The young team had only one senior in the lineup and battled through injuries and illness this year.

Colby Clanton provided the lone victory for the Eagles at 138 pounds. Clanton trailed Isaac Grant in the first period but used a takedown and nearfall for the 7-2 decision.

The Eagles also received forfeits at 106 and 113 pounds.