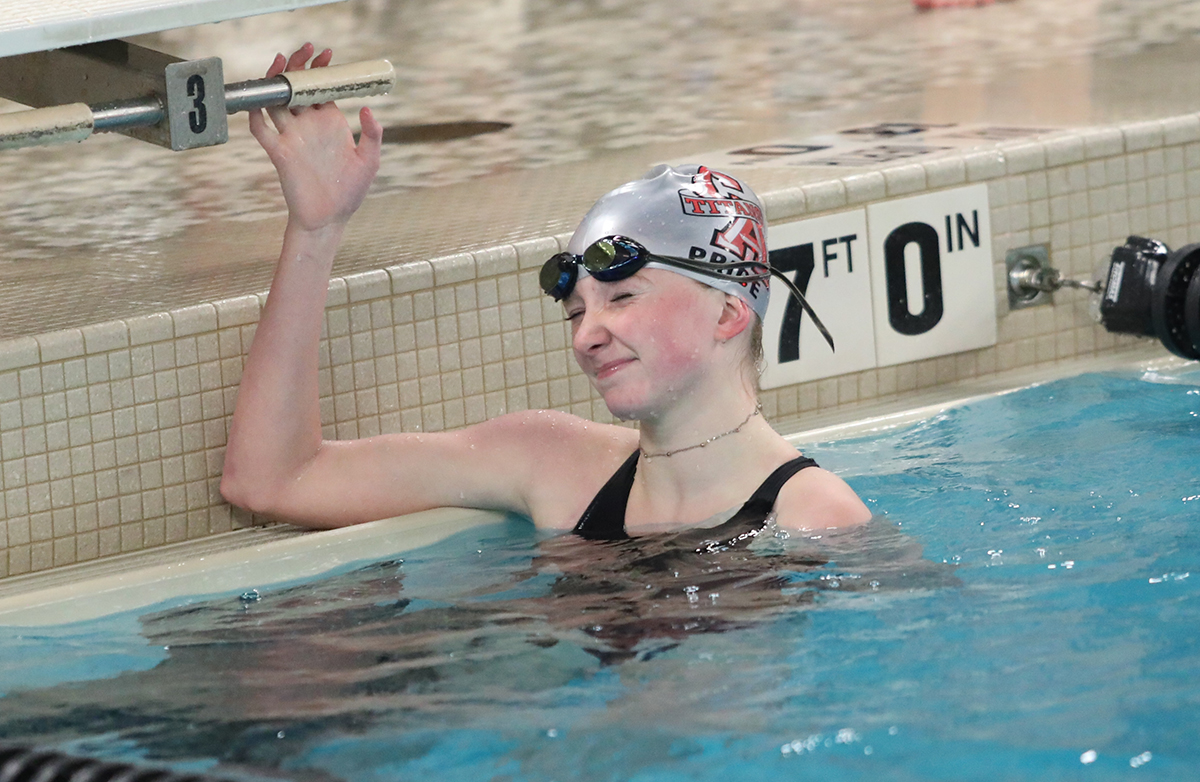 Carl Albert’s Shelbie Price reacts after finishing a race during a swim meet on Jan. 29. (Photo by Jeff Harrison)

The Carl Albert swimmers made a splash in their final home meet of the season. 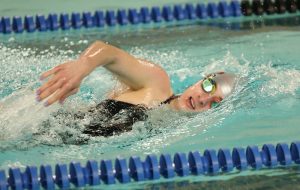 Abbey Snooks swims the 400-meter freestyle during a meet Jan. 29 at the Rose State Aquatics Center. (Photo by Jeff Harrison)

Carl Albert won the girls competition with 443 points and Piedmont was second with 301. The Titans also held off Piedmont by a 364-266 score in the boys competition.

Abbey Snooks won a pair of individual events and helped Carl Albert win another in the relays. She took first in the individual 50-meter and 100 freestyle and swam leadoff on the winning 400 freestyle relay.

Snooks, Emily Charron, Molly Woodruff, and Makiyah Joseph won the relay event with a time of 2:29.15.

On the boys’ side, Max Wolfley was the hero for the Titans with two individual titles and another in the relays.  The senior topped the field in the 50 (25.55) and 200 freestyle (2:17.52). He also swam leadoff for the winning 200 freestyle relay, joining Kaleb Putman, Zach Eddy and Jack Flosi.

Carl Albert will compete in the Class 5A West regional meet Feb. 5 at the Edmond Schools Aquatic Center.