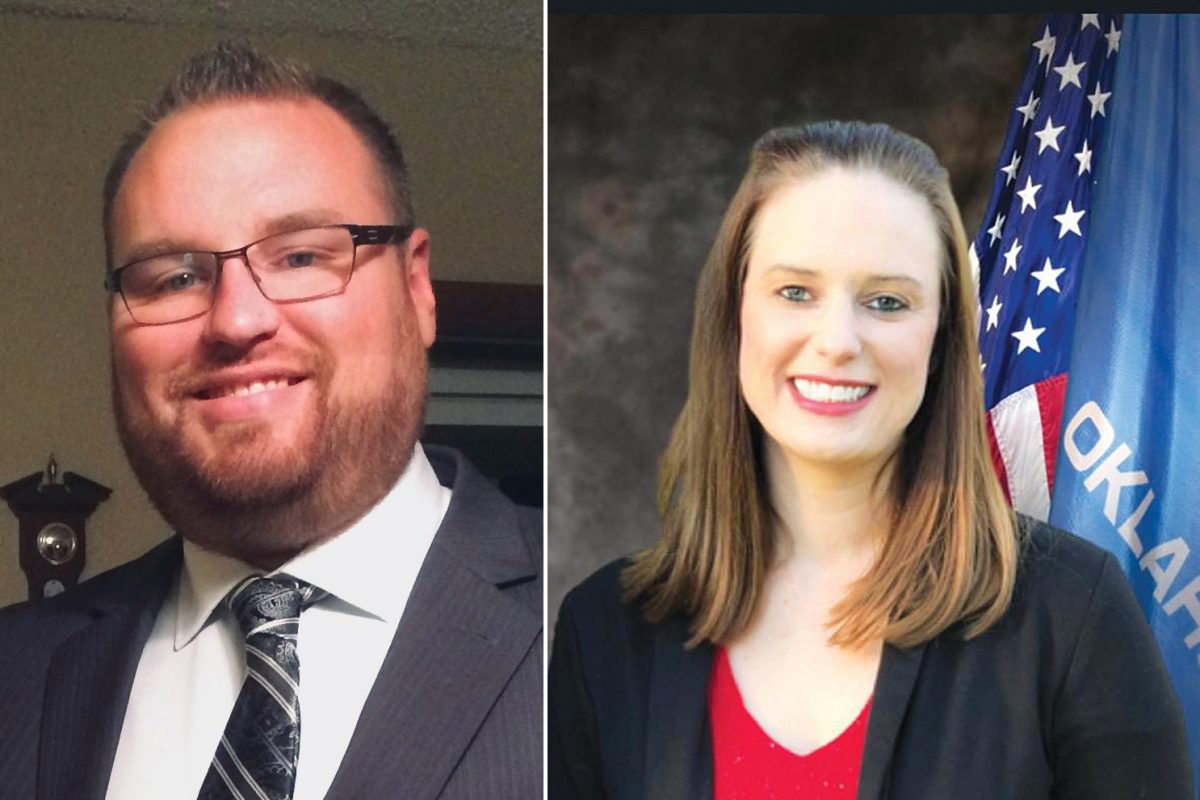 Next week Del City residents in Ward 4 will head to the polls to select their next city council person.

Kyle Gandy currently holds the seat after being appointed to fill a vacancy in October. He is running against Lauren Rodebush, who recently ran against Andy Fugate for the State House in November.

Gandy is a fourth-generation resident of Del City. He is married to Crystal Jones, who also comes from a long line of Del City residents. Gandy is a Pediatric ICU Nurse who is looking to make his community a better place to live.

“I have basically decided that it’s time for me to get involved” said Gandy.

Gandy’s primary focus as a city council member includes safety, security, parks, perception of the city in general, and demystification and accountability for government. He would like to see more parks, updates to the current parks and more open outdoor spaces for the city, as a priority to the health and well-being of the community. Gandy want to ensure the vacancies in the police department are filled, giving the city more safety and security. Gandy also believes that while Del City has come a long way in shaking off the stereotype and negative perceptions of the city, that leaders still have work to do. He wants to make Del City a place where young professionals would like to live, and to achieve that he says that the city requires more businesses, dining and night life options, as well as more modern and affordable apartments.

“One of the things that I am really passionate about is transparency at the city level. I think that’s something that everyone benefits from. I think that for those that don’t necessarily have an interest in or an understanding of how the government works, those that just want to see results, for those people, there needs to be an understanding of how city government works and what we’re doing when we’re doing things like going into executive session [during City Council meetings], and what we can and can’t do as a council,” said Gandy.

Rodebush has been an active member of the Mid-Del Community for 12 years, and her husband Jonathan comes from a long line of Del City residents. Rodebush is a Physical Therapist Assistance, and recently worked for a rehab company within nursing homes, including one in Del City. Some of the things she witnessed happening within the company post-Covid had her questioning her former company’s vision, ethics and leadership. This spurred her to get involved and make changes.

“I aim to expose and protect nursing home victims from a political platform. This issue is bipartisan and once exposed, I would hope current practices will become illegal and tried as fraudulent and taking advantage of our nursing home residents that have been losing their rights since this pandemic has started. Nursing home residents are being treated like prisoners and this is unacceptable,” said Rodebush.

Rodebush says that her main goals in serving on the City Council are to bring awareness of all the people struggling now to access basic needs. She also says while we have a need to improve our infrastructure and youth programs, first we must attend to the basic needs some families are facing. Rodebush says that her leadership style is servant leadership and that she loves to get involved at ground zero even when it’s messy or complicated. She has spent the last several months in direct community outreach to assist with: basic needs, food, toys for Christmas, gifts for birthdays, transportation, furniture, fundraising for rent and utility bills, and washing clothes for a single mom that had no way to provide clean clothes for herself and her children. Rodebush believes that people are worth investing time into, no matter what differences they may have or encounter. The slogan for her campaign is “Love, Your Neighbor”.

“Our roots are grounded, and we are ready to serve Del City in whatever way we can and right now our city needs a servant leader who is not afraid of hard work and to get our city committed to helping its people up close and personal – not far away, behind a desk. I am already working for you, Del City, and I’m ready to continue this work alongside our other city leaders,” said Rodebush.