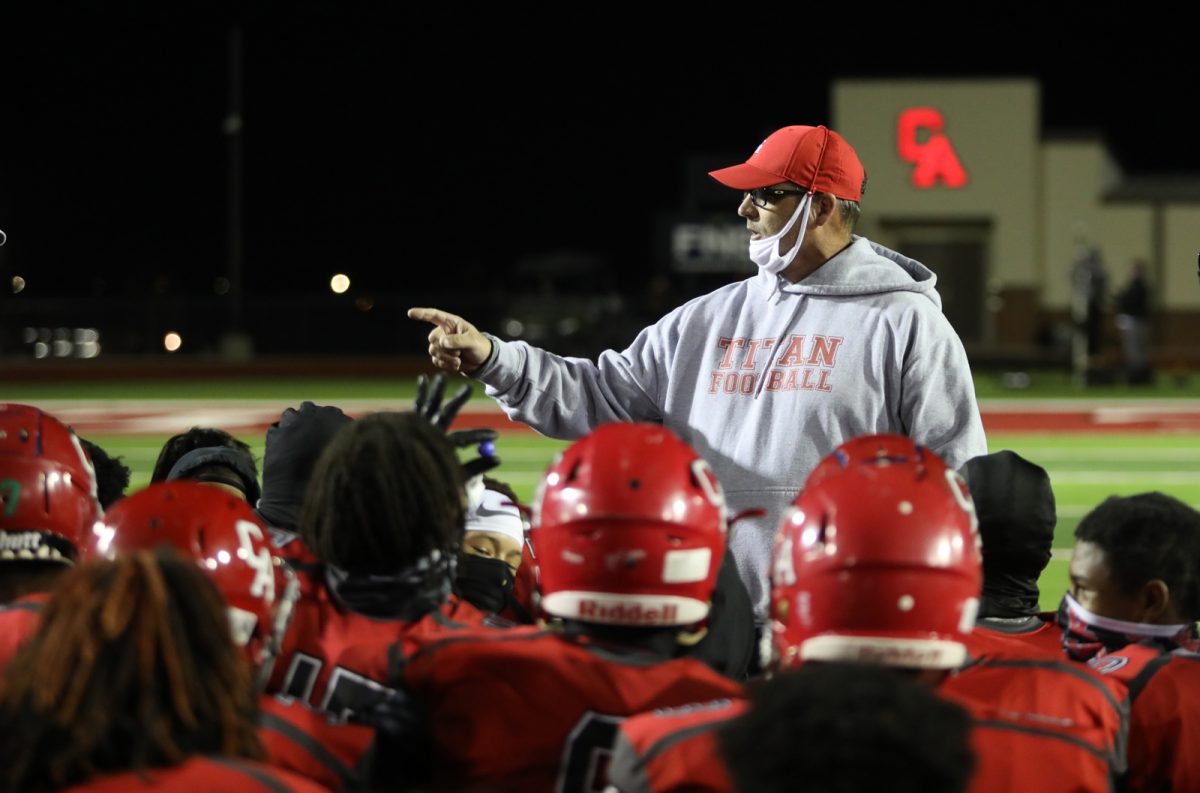 Carl Albert coach Mike Corley talks to his team after a game last season. Corley announced he is stepping down after four seasons as head coach and athletic director. (Photo by Jeff Harrison)

Carl Albert High School football will have a new leader this fall.

Mike Corley announced he is stepping down as head football coach and athletic director at the school.

Corley led the Titans to four state championships since taking over for longtime coach Gary Rose in 2017. Corley finished with a record of 52-2 during his four-year tenure. He previously served as an assistant under Rose.

Corley told school district leaders that it’s time to “pass the torch” to the next leader of the Carl Albert football and athletic program. 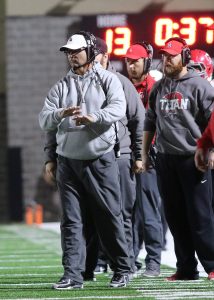 Mike Corley provides direction from the sidelines during a playoff game in 2018. (Photo by Jeff Harrison)

“It has been an amazing ride for sure and one I will always appreciate and value.  I am grateful for all of the past and current players, coaches, administrators and parents who made it all possible and allowed me to enjoy such a successful and rewarding career as head coach and athletic director of this incredible program.  I have simply decided it is time for me to pass the torch to the next leader and continue to support the program from a different vantage point that is yet to be determined,” Corley said in a statement.

While details are being worked out, Corley assured the players and parents this week that he is in close collaboration with the administration to find an exceptional new coach and athletic director to carry on the tradition of excellence at Carl Albert.

Corley offered further assurances that he will play an active and supportive role in the successful and seamless transition of duties.

“I very much look forward to many years of continued successes for the Carl Albert football team and athletic program,” he said. “Once a Titan, always a Titan!”

Corley started his coaching career as a graduate assistant at Northeastern State in Tahlequah. He later moved to the high ranks, serving as an assistant at Moore, Duncan, Lawton and eventually Carl Albert. He was a defensive assistant for 14 years for the Titans with the last nine as defensive coordinator.