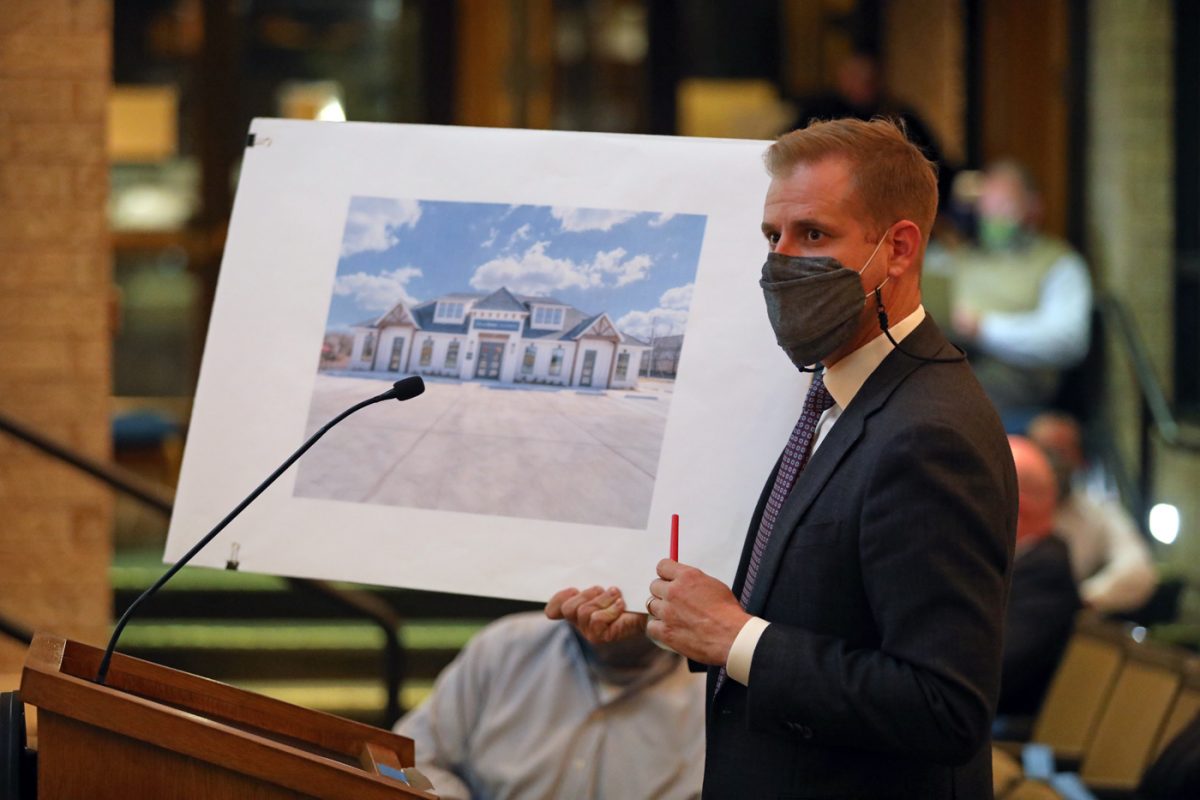 Midwest City leaders recently approved a request to rezone property for a proposed office and commercial building despite concerns from neighbors about traffic.

The developer, Joel Bryant of Les Chateaux LLC, plans to build office/commercial space at 10601 SE 15th St. He asked the council to approve a request to rezone property from R-6 Residential to C-1 Restricted Commercial.

The proposed development would consist of two buildings with a total of 6,000-square-feet. The development would be similar to another commercial building that Bryant constructed at 1402 S. Post Rd. That multi-tenant building includes an office for Edward Jones Investments.

It would be built on .81 acres of frontage along SE 15th St. and would not include additional land to the north.

David Box, an attorney representing Bryant, said the C-1 zoning allows for a limited amount of uses that would not negatively impact the area. He disagreed with concerns about traffic stating that any potential businesses would be designed to serve local residents.

“When looking at the C-1 district, I would submit that this is exactly the type of scenario it envisions,” Box said. “It’s limited to specific uses that would not have an adverse impact on neighbors.”
Billy Harless, community development director, said the city received several objections from neighbors about the development. Most were concerned that the business would increase traffic in the area and make it more difficult for residents to get in and out of the nearby Windsong housing addition.

Gerry Gulbranson, who is board president of the Windsong homeowner’s association, was the only member of the public to speak at the meeting. She said many neighbors are concerned about increased traffic in the area and the ability to get in and out of their neighborhood.

“There is so much vacant property, why do they have to put this in the middle of nothing but residential homes?” she said.

Gulbranson said she asked the city to install a traffic light at the entrance to the housing addition years ago, but it was denied. Since that time, she said traffic has increased with development of a large apartment complex near SE 15th St. and Westminster Rd.

Councilman Rick Favors, who represents the area including the proposed development, said he received feedback from constituents, mostly which was negative.

After about 20 minutes of discussion, the council approved the zoning requestion. Immediately after the vote, city leaders offered Gulbranson assistance in requesting a traffic light for the Windsong addition.

“The conditions have changed since the time you initially applied for it,” said Mayor Matt Dukes. “…I really don’t think you’ll have an issue with it now.”