Cochell ready to get back to work 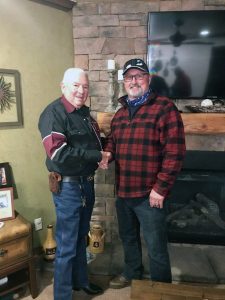 The current terms for mayor and odd numbered city wards expire May 1, while even numbered wards are elected in even years.

Officials say the goals for the next year will be to upgrade the Nicoma Park Municipal Park on Hiawassee as well as continuing efforts to improve the city’s water and sewer system.

The City of Nicoma Park has a seven-member City Council.

Regularly scheduled meetings are open to the public and hosted the first Tuesday of each month at 7 p.m. in the Council Chambers at City Hall, 2221 Nichols Drive.