The Ward 4 councilman won last week’s election with more than 75% of the vote. Gandy received 101 votes to Lauren Rodebush’s 33 in the Feb. 9 election.

“The turnout was a little smaller than I anticipated but I was pleased with the results and glad it was a definitive election,” Gandy said.

Gandy has represented Ward 4 since October when he was appointed to fill a vacancy on the council. Current Mayor Floyd Eason was re-elected to the Ward 4 seat in 2017 and later stepped 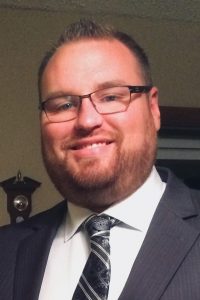 down to run for mayor. Brian Linley and Michael Butler each represented the seat before Gandy’s appointment.

Gandy is a fourth-generation resident of Del City with deep roots in the community. He is married to Crystal Jones, who also comes from a long line of Del City residents. Gandy works as a pediatric ICU nurse.

His priorities for the new term on the council include upgrading the parks system, pursuing COVID-19 related grants to help residents, and improving transparency and education about municipal government.

“While a lot of people are very in tuned and interested in city government, I think there’s a lot of misinformation and misunderstanding about it,” Gandy said. “And as a new councilmember I had some misconceptions of what happens.”

He said the city is trying hard to improve its image and be more welcoming for residents.

“Everyone on the city council has the city’s best interests in mind,” he said. “We want the city to grow and modernize. And we want to change the perceptions of the city and that starts with the city government.”

Gandy and Pam Finch, Ward 2, will be sworn in during a meeting in April. Finch ran unopposed for a second term.